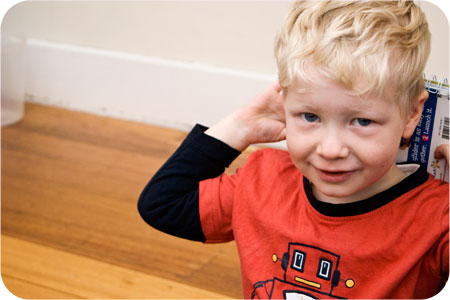 People keep remarking that they can’t believe he is only just turning three. Isn’t he tall? Isn’t he grown up? Isn’t he big?

I don’t know if he is tall for his age, or big, or grown up. He was ‘big’ and ‘tall’ from the beginning yet he was, and still is my baby.

He is my baby who climbs and runs and says the strangest things (why on earth did we ever have any doubt that he would eventually talk?).

He has a mean left hook and a rotten temper. His heart is broken in a second, and often takes quite a while to mend. 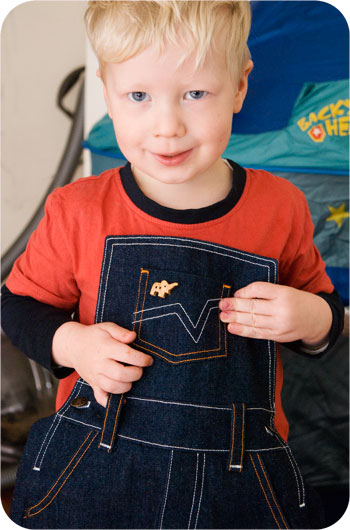 Trying on his new hand made overalls - gotta love a boy in overalls!

He loves his sisters more than anything, even when he is raging against them.

His favourite colour is green, or purple, or pink.
He likes Barbies and dinosaurs and diggers and puzzles and robots.

His piercing blue eyes are all mine, but the rest of him belongs to his father. 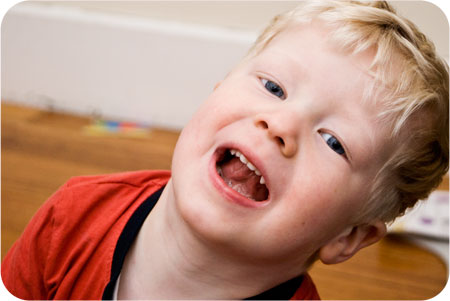 He has been counting down till today and is adamant he does NOT want to share his birthday with the new baby. Today belongs to him…. just him.