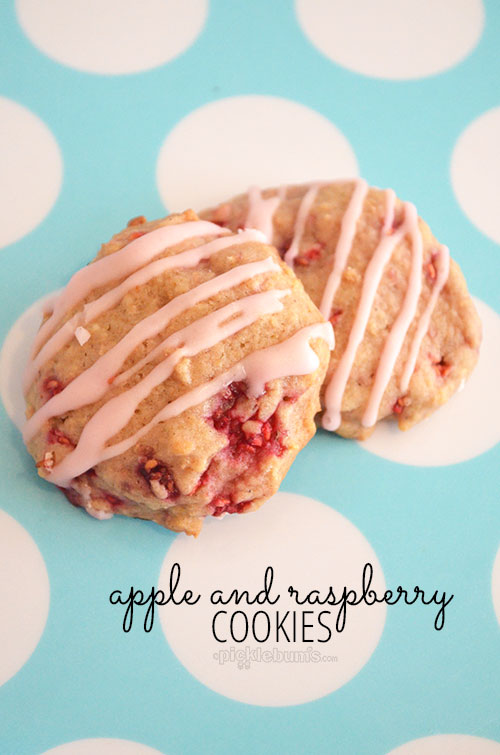 “Can you put icing on them?”

“Can I have another one… just to test them.”

Lucky me, I have built in taste testers who appear in my kitchen at just the right moment, ready to scrutinse anything that comes out of my oven. They are not afraid to tell me when things are not up to scratch. The small one in particular is a brutal critic, he’ll simply spit it out and say “bluck!” if it doesn’t meet his high standards.

So I was a little nervous when I handed over these Apple and Raspberry Cookies… er… cakes… er… biscuits.

I knew they were a little different to the average cookie/biscuit that I offer to the starving masses. They are made with apple puree so are more like mini cakes, quite soft and springy, and the critics are so particular about texture, let alone trying something new! I was hoping the raspberries would win them over…

The critics ate a couple each straight from the oven, and then one critic suggested they would look ‘prettier’ with some icing on them, so we whipped up a little pale pink lemon icing and prettied them up a bit. 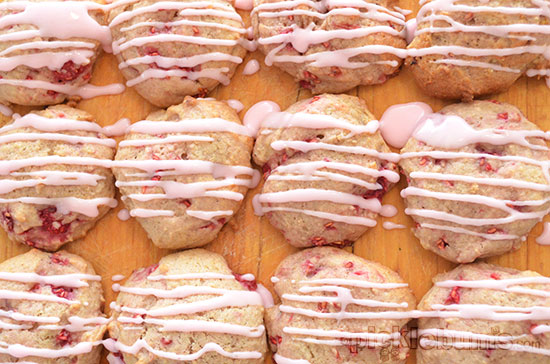 That sold them – Apple and Raspberry Cookies were delcared a sucess… even if they were more like cakes!

Peel and slice 2-3 apples and cook them with a little lemon juice till they are soft and mushy. Give them a quick whiz in the food processor to make a nice smooth apple puree. Set aside to cool.

Alternatively you could use unsweetened commercially made apple sauce/puree, the thicker the better.

Cream the softened butter and sugar till light and fluffy, add the egg and vanilla and mix well.

Combine all the remaining dry ingredients and mix well, making sure there are no lumps.

Slowly add the dry ingredients alternating with the apple puree and mix until combined.

Stir through the frozen raspberry chunks (we just broke outs up with our fingers but a short pulse in the food processor will also work, but don't make them too small)

Drop spoonfuls of mixture onto lined baking trays and bake at 180 C for 10-15 minutes or until the cookies are firm and springy and just beginning to brown at the edges.

All to cool completely then drizzle with an icing mix of lemon and icing sugar with a touch of red food colouring if you like. 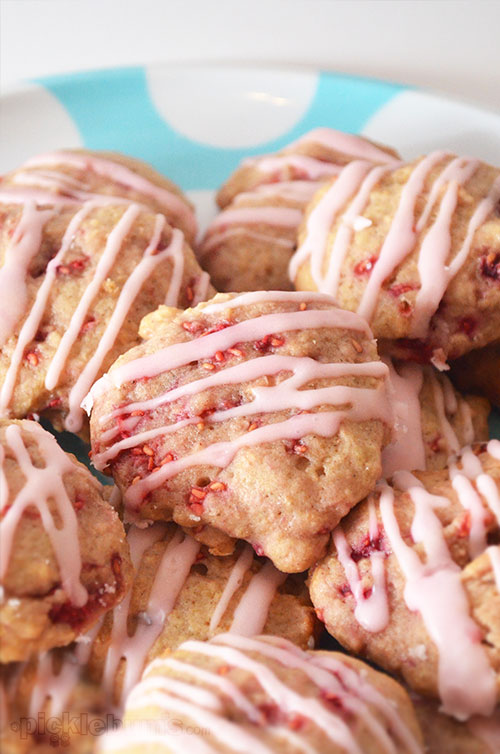 What are the critics like at your house?
Are they keen to try something new, or do they like to stick to the tried and true recipes?

You can find more easy cookie recipes to wow the critics here.