The count down to the Twinadoes first day at school is on. This time next week we’ll be right in the thick of things and while we are all rather excited about the prospect, the whole food thing is still a little daunting. 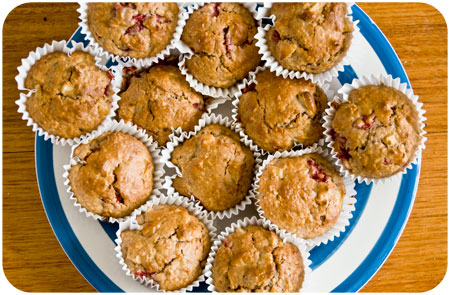 I have never thought of my kids as picky eaters. They eat lots of different foods and when they eat, they really really eat. Broccoli and cauliflower are favourite foods in our house. Olives, zucchini, pumpkin, any kind of roasted meat, tuna, flat bread and heaps of fruit are all consumed until there is nothing left. But in the last year or so the girls have begun to be a quite bit selective about the things they like and don’t like, and oddly, most of the usual childhood favourites are on the no no list.

Neither of them like spaghetti bolognaise or sausage rolls. Zoe won’t eat sausages and Izzy doesn’t like cheese anywhere near her tuna. Sandwiches are out, no matter what I put in them and breakfast is a nightmare.

They rarely eat cereal, of any kind (well I assume they’d eat the chocolate kids ones but that isn’t going to happen) and when they do they have it dry, no milk, no juice no nothing. They are not a fan of toast either. Porridge is out, so are eggs or anything egg related (apparently that is dinner food!).

What they’d like is to have pancakes every day, which is fine, except when we have to be at school by 9am every morning that isn’t going to work for me. They’d also happily eat a piece of fruit but then they are hungry again an hour later but they can’t just dump everything in search of food at school. And so begins our search for breakfast foods the Twinadoes will eat on school mornings.

I borrowed a handful of ‘kid friendly cookbooks’ from the library the other day and have been scouring them for recipe ideas. What we are looking for is recipes that won’t break the budget, that have no nuts in them, that are quick to prepare or can be prepared a head of time and that they girls will eat.

Last week I made ‘Easy Apple Muffins’ from Eat Well Live Well With Growing Children by Karen Kingham. These appealed to me for a number of reasons – I knew I could get the girls to try them, they are easy to make in advance and should keep well, they have oats in them to fill them up, and I knew I could alter the recipe and add other goodies as needed.

I altered the original recipe a little according to what I did and didn’t have and ended up with Apple and Strawberry Oaty muffins. The recipe made 16 biggish muffins. We tried them for dessert that night then the kids and the Baldy Boy polished the rest off for breakfast the next morning. All gone in about 12 hours, I think that makes them a success.

Here is my slightly altered recipe.
1 cup of milk (recipe called for yoghurt which would be good but I didn’t have any)
1 cup rolled oats
3 tbsp oil
1/3 cup brown sugar
1 egg
1 cup self raising flour
1 tsp baking powder
1/2 tsp cinnamon
1/2 tsp all spice (or whatever spice you like)
2 green apples peeled, cored and diced
1 hand full of strawberries, diced.

Preheat oven to 180C.
Combine milk, oats, oil, sugar and egg in a bowl, stir and let sit while you peel and cut the apples and/or other fruit. Gently stir in sifted flour, baking soda and spices. Add the apple and mix gentle. The mixture will be quite lumpy.
Spoon mix into patty pan lined muffin tin (you’ll need the patty pans, the fruit in ours stuck to the paper quite a bit and I imagine they’d be darn hard to get out of a muffin tin even if it was really well greased).
Bake for 20-25 mins, turning or swapping tin positions after 15 minutes if needed. They are done when they are golden brown on the top and a skewer comes out clean.

Next on our list of things to try is a home made variety of muesli bar.
Are there any parents of bad breakfast eaters out there who might share their secrets???