I had half an hour free, and I needed to do something to connect with my four year old.

I’ve been putting some effort into connecting with my three big kids while they were home over the holidays and while Noah loves having them around, I knew he’s missed out on the one on one time. I also knew that this week was going to be busy. Noah had already been juggled yesterday while I dealt with a surprise Dr visit for Izzy and the resulting upheaval to our routine, and I desperately needed to catch up on work this afternoon… but I had time now, I had Noah time.

I grabbed a few things and set up a quick, easy, awesome activity for Noah time – glow sticks and play dough! 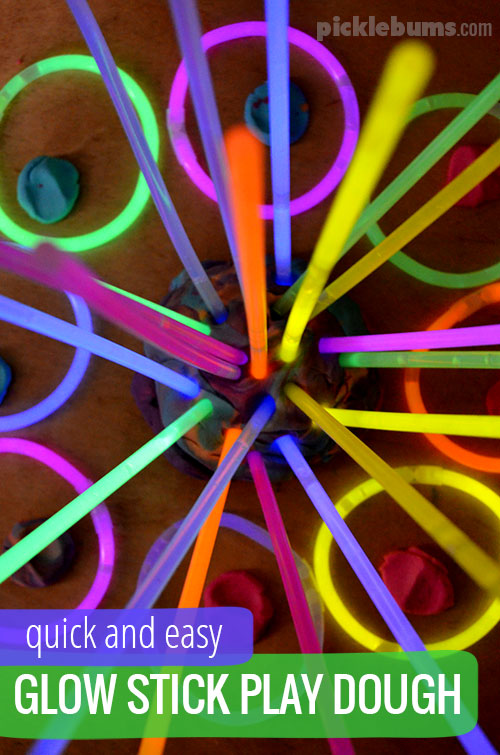 I’ve seen plenty of fabulous glow in the dark activities on pinterest and some of my favourite blogs, but I didn’t have the ingredients, or a black light, or the time to set up anything fancy. What I did have was a $2 packet of glow sticks in the cupboard and a tub of play dough. It’s as simple as that.

To create your own glow stick play dough world all you’ll need is: 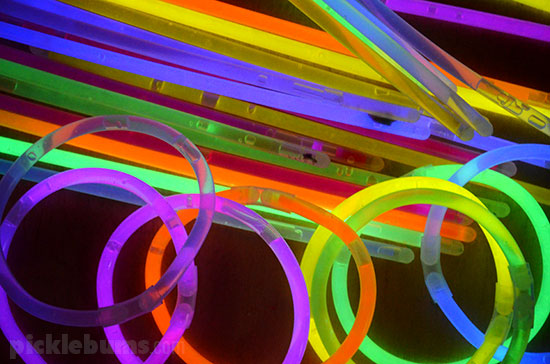 Noah thought I was a little crazy when I dragged a table and chairs into his bedroom and closed all the curtains, but we needed somewhere dark, and that is the darkest room we have.

It was exciting to be playing play dough in his bedroom, and when I dumped out a whole pack of glow sticks and started snapping them his eyes lit up and he grinned.

“Can I have all of these gwow sticks? Just for me?”

I sat back and simply watched as he experiemented with the play dough and the glowing light. 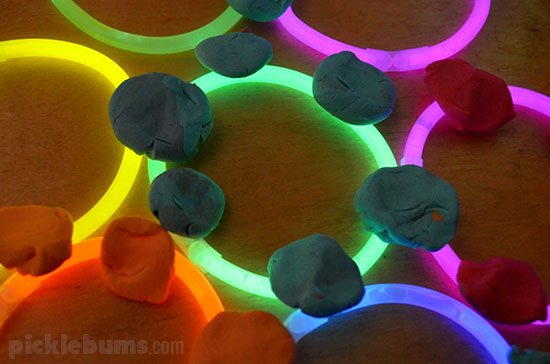 He covered glow sticks with play dough to block out the light, and illuminated tunnels of dough with the glow sticks. 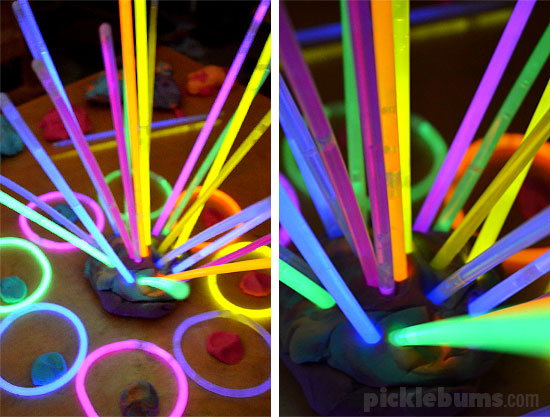 He made a giant glowing porcupine, glow stick and play dough lolly pops, and curved the glow sticks into circles and used the play dough to ‘stick’ them together. 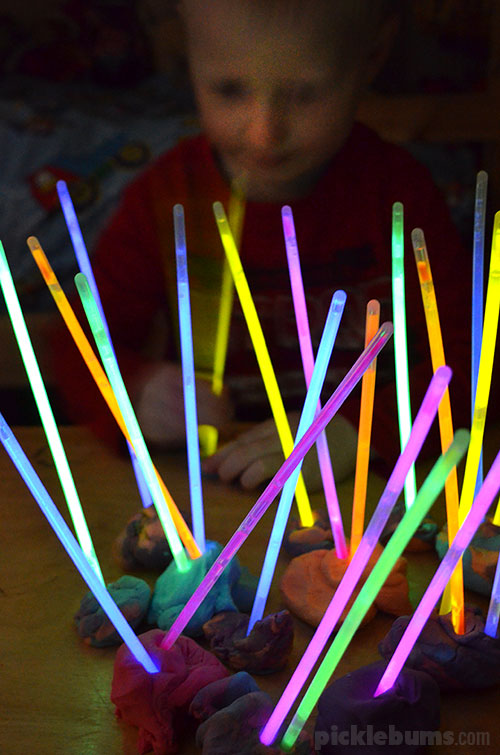 What simple little things have done with your kids to make them feel special?