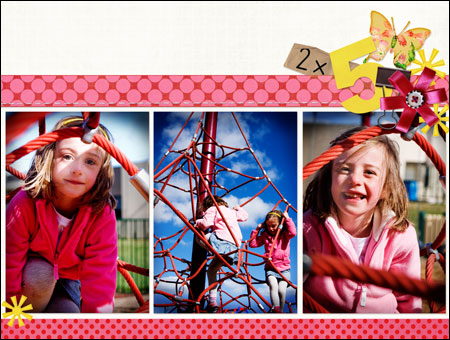 Oh October, you sneaky little bugger! How did you manage to creep in while I wasn’t looking?

Truth be told, this happens to me a lot where October is concerned.

I long for September to arrive and for ‘spring’ to be officially here (even if the weather gods don’t remember that it’s supposed to be getting warmer not colder). I get so caught up in the excitement of sunny days and things growing and being outside and a summer garden and all that good stuff that I forget that September is only thirty days long and that October is hiding, just around the corner.

Then it happens… Suddenly it is already October 5th and the crazy season is upon me!

Combine the birthdays with all the usual end of year stuff – ballet concerts (got the low down today, the girls will be ants!) and end of kinder things. Add in a pinch of school orientation visits – once a week from the start of November. Stir vigorously with a LARGE helping of Christmas and before I know it, it’ll be New Years!

So hello October and hello madness, mayhem and a whole lot of fun!

The image above is the birthday invitation we sent out for the girls’ birthday last year. I am still trying to convince myself that we are not having a party this year…