I have a sneaking suspicion that something that I have been hoping might happen isn’t going to.

I know that’s very cryptic, but now is not the time or place to explain what it is I was wishing for, but I really just needed to say it out loud. As much as I really really REALLY wanted this to happen I think it is just about time that I accept that it isn’t going… this time. I am not giving up hope all together, there are still a few days left that could prove me wrong, but I suspect if it was going to happen I would know by now. Still there is always next time… this isn’t an out and out, never, it’s more of a ‘just not this time’… well I hope that is the case anyway. Now I just have to figure how to get what I want when it comes up again next time…. and since very few of you reading this will even be able to begin to guess what on earth I am talking about I will stop there.

The girls and I had a lovely morning out at with the playgroupers (hence forth on this blog to be forever know as the PGers). I always plan to only stay an hour or two, and end up staying longer because the three of us enjoy it so much, and today was no exception. I have sooooo much stuff I need to do to catch up from my computer crash that I really should have stuck to my plan and left an hour earlier but heck… I was chatting, the girls were playing and all seemed right in the world so we stayed.

The girls seemed to have grown up a lot between our last visit to playdays and today. Granted our last visit was a few months ago… but back then they were still too small to do a lot of things and needed a lot of help with others. Today the only thing they were too small for was getting out of the ball pit on their own. Zoe even climbed up the HUGE jumping castle slide, with Audrey’s help and encouragement, and slid down on her own, without any of us adults even close by! She was very impressed with herself and had Izzy doing it not long after.

Thanks to everyone who hoped my itches would stop. I eventually got to sleep last night and then felt HORRID this morning when the girls woke me, but the phenergan had atleast kept me asleep, and the girls had stayed that way as well, so I’d atleast had some reprieve from the itches. My eyes are still bothering me a lot though…. wish I could figure out what is causing it and better yet what I can do to make it go away! I so don’t want to go to Laura’s Blessingway on Saturday with red puffy eyes! Especially now that I have a baby sitter and am having a night out without the girls! YIPEEE!!!!

Speaking of the Blessingway, now the invitations are out I will share with you all the LO I made to go with them…. I had nightmares over the first draft of this LO, it was just too dark so I woke up the next day determined to fix it and I am really happy with the results. Plus I’ve gotten some great feedback so I am quite proud of how it all turned out. 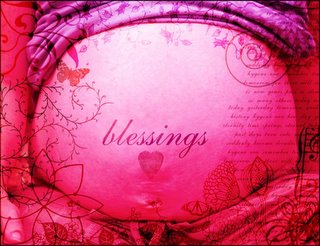 Tomorrow we are off to Ikea in the morning and calling in to the zoo on the way home. I love that we have FOTZ passes. It is so nice to just call past when we are near the zoo and stay for just a while, not feel like we have to cram in as much as we can in one day to ‘get our money’s worth’. That has been the best chrissy present we’ve gotten for the past two years.

And now I am going to go spend some time with my husband… feels like I haven’t seen him for days, which I haven’t really with his shifts and then trying to catch up on sleep and me on the computer and then doing financial stuff today with SA that is after doing some OT… so despite all the stuff I have to do I am turing off the computer. I just hope he is still up!