The first I heard of the new Friends Lego was via facebook and American based bloggers, in uproar because of the way this product was being marketed. I read a few posts and I had to agree, without having seen the product, the idea that this was ‘just for girls’ and that Lego had to make a whole new and different range specially for girls, left a bad taste in my mouth.

We have the Lego love big time in this house. It’s practically genetic, being passed down from both myself and my husband.

We have an enormous box of well used duplo and, last year we delved into the world of ‘little lego’. In twelve short months we acquired a huge amount of Lego of all varieties. We have Star Wars Lego, Harry Potter Lego, Castle Lego, Lego City, Creator, Belleville, Atlantis Lego and lots of just random blocks and accessories. And now Friends Lego was on their wish list.

I must confess I have not seen or heard any of the friends marketing here in Australia, and my children knew nothing about it until they saw it in a catalouge, and they wanted it, bad!

The whole idea that any toy is specifically for girls or boys grates against everything I believe in. The idea that girls would only like to play with Lego because these new sets include a Beauty Parlor makes me want to ban it from my house. But I’ve learned the hard way that banning things doesn’t teach anyone anything, and my big kids didn’t know about any of the advertising hype, they just saw cool new lego and wanted it.

But it was my boy who won me over in the end…
“I want the inventors set” he told me “because it has a robot and computers and science stuff! And I want the tree house, and the singing stage, and the hairdressers…” 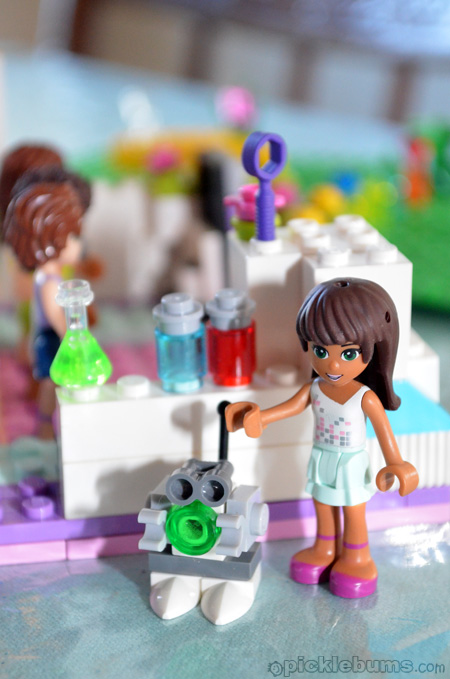 I don’t like the way this Lego has been marketed, but my kids were not exposed to that. My kids were not judging it on some adult’s preconceived idea of what would make it sell, they were judging it by their own standards… does it look cool? Is it different to the lego they already have? What could they build with it? How could they use it in dramatic play?

So when the opportunity arose to review some Friends Lego, I let go of my adult biases and said yes.

They came home from school and kinder one afternoon to find three new sets of Lego waiting for them, and I was ‘the best mum everrrrr!!!’.

I watched them ooh and ahh over the beauty palour, get excited by the stage and agree to build the inventer’s workshop first. Then they did what they usually do with new Lego, they set about building it. The three of them worked together, reading instructions and searching for pieces. They helped each other and negotiated and were patient and kind… that almost never happens when you two eight year olds and a four year old share an activity. They built steadily for almost two hours, till I made them stop for dinner.

As I carefully lifted their half built creations to somewhere high enough to be safe from Godzilla (aka Noah) I decided that this new Lego wasn’t so bad after all. Sure, I wish the people were the same size as other Lego mini figures, and I really, really, wish there were some boy figures, and I wish the world would stop labeling toys as ‘for girls’ or ‘for boys’… but the bottom line is this Lego was cool. There were lots of cool accessories as well as lots of regular bricks and the kids loved it. 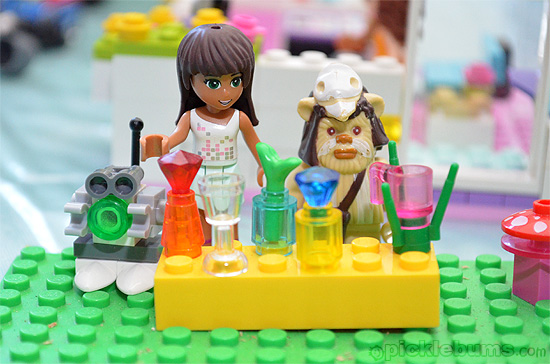 It is the same Lego that we’ve loved for the last year and the same Lego I loved as a kid (well ok not quite the same, but similar, in a much cooler kinda way). After they built each set once the Friends Lego has joined the rest of our bricks and now become part of pirate ships and other creations and the girls often have tea with the ewoks… and no one seems to mind one bit whether it is one of the girls or one of the boys who plays with it.

This competition is now closed, winners have been notified and will posted here soon. 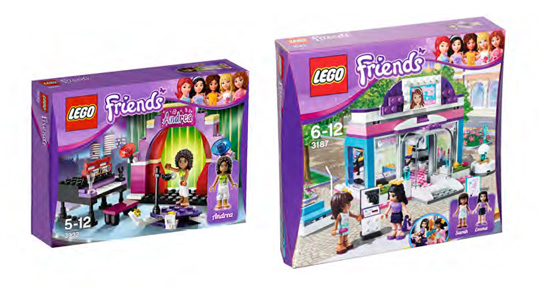 I have three Lego Friends prize packs to give away. Each pack includes Andrea’s Stage and the Butterfly Beauty Shop.

To enter, just leave a comment on this post and tell us what your kids would do to get some new Lego! The three funniest, most interesting, or most different comment, as judged by me and my big kids will win!

To enter you must be an Australian resident and provide a valid email address. Entries are limited to one per household.
Entries close 6pm AEST Saturday May 5th 2012, the winner will be contacted by email and announced on this post. The winner must contact me within 5 days or the prize will be re-drawn. The winner’s contact details will be passed on to One Green Bean PR who mail prize directly to the winner.

Check out the Friends Lego online for product details as well as some cool games!

{disclosure: My children were given three sets of Lego Friends. I was not compensated in any other way for this post. The ideas and opinions expressed in this post are my own, and those of my children.}

Home » Lego Friends Review and Give Away.