Sometimes this blogging gig really pays off. When I got an email from Porter Novelli asking if I’d like to join them to celebrate the release of The Lion King on 3D Blu-ray, Blu-ray and DVD, (available in shops from 12 October) by camping overnight at the Melbourne Zoo, I knew I’d hit pay dirt!

Taking my girls to see one of their favourite movies, in a fancy cinema, in 3D, and they were allowed to get their faces painted AND drink lemonade… I was “the best mum ever” before we even got close to the zoo, but the best was yet to come. 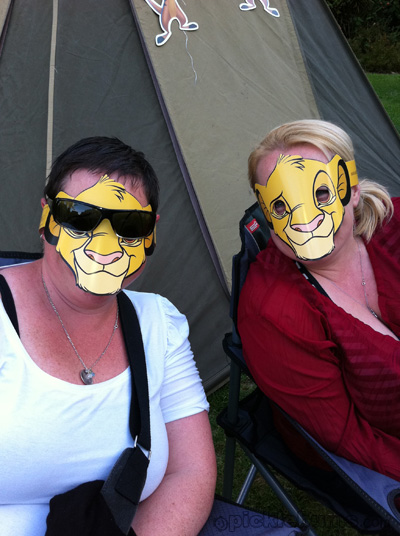 Combining seven Melbourne bloggers (Yay For Home, Touska Lee, Planning With Kids, Diary of a Mad Cow, The Diary of Joni and Anya, Stuff With Thing and me!) and their families, good food, tents and a crisp night at the zoo made for lots of great conversation, fun and we learned stuff too. My girls both currently aspire to be zoo keepers so they were in heaven.

During our night walk around the zoo…

After a chilly night in the tent listening to the penguins and various other nocturnal animal, and several trips to the toilet (curse those huge cups of free lemonade) we were up early, fed and ready for another special zoo tour. 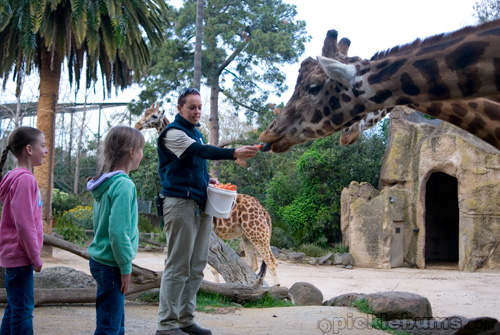 We trotted off to feed some carrots to the giraffes, then we headed off for a special behind the scenes visit to a Tree Kangaroo called Timmy. 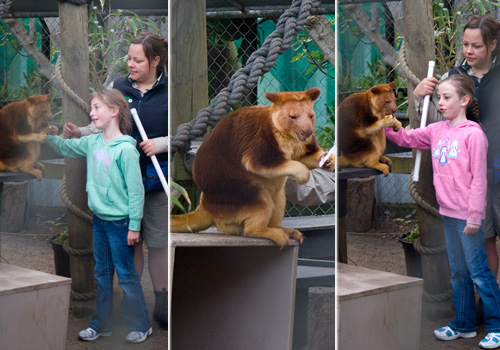 We learnt about where Timmy comes from, why he is endangered and what was being done to save him. My girls learnt that not only do zoo keepers look after animals, they can also take a leading role in helping save them in the wild, and helping the people who live in and around the animal’s habitat. 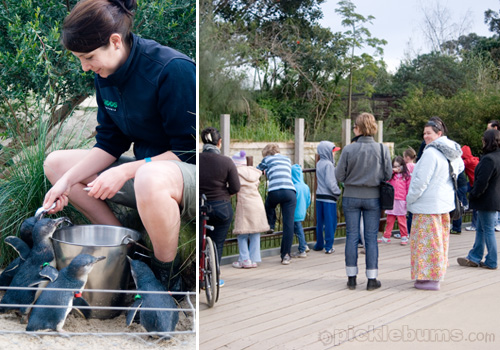 Then there was just time to see the penguins being fed before we headed back to pick up our Lion King show bags and head on out of the zoo… only to go back in by the regular entrance to check it all out again in the day time!

My girls were glowing with excitement after our night at the zoo, and I must confess, so was I! There is something very strange and magical about being in the zoo when it is empty…. of people that is!

Roar n Snore at Melbourne zoo is incredibly well organised. Our guides, Michelle and Jackie were fabulous. Their commentary was clever and interesting and they knew what they were talking about. They handled even the most curly questions we crazy bloggers could throw at them. They handled both excited kids and silly adults with good humour and patience. It was obvious that they both loved their jobs and of course my girls are now more determined than ever to become zoo keepers.

If you would like to attend a Roar N Snore at Melbourne Zoo you can find out more here.

My girls and I would like to say a public thank you to Mandy from Porter Novelli for organising such a fun, family friendly and unique bloggers PR event. She even remembered that there were some of us with kids at home who weren’t old enough to attend Roar N Snore and made sure their were goodie bags for them too…. that thoughtfulness made my big boy missing out just a little easier for him to swallow.

Thanks to Porter Novelli I also have a Lion King goodie bag to share with one of Picklebum’s readers.

This competition is now closed. The winner, Amanda from Creativity Every Day, has been notified. 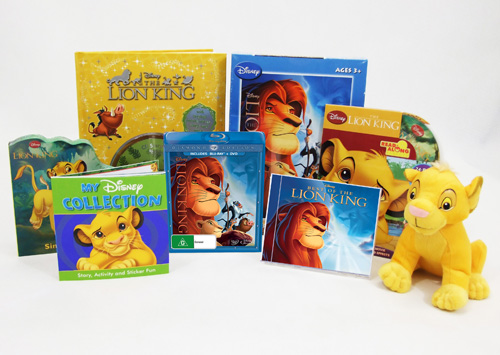 The bag contains lots of Lion King loot including a puzzle, books, the soundtrack and the Lion King Diamond Edition on blu-ray and DVD.

To win just leave a comment on this post before next Thursday October 13, it’s as easy as that. A random winner will be drawn and notified by email. Winners must be Australian residents and must contact me within 14 days of being notified.

{Disclosure : My girls and I were guests of Porter Novelli Melbourne and attended the screening of the Lion King in 3D and Roar N Snore at Melbourne Zoo free of charge. We were also given Lion King Show bags, similar to the one I am giving away. No other compensation was sought or offered. I was not obligated to write this post and the opinions expressed are purely my own… and those of my girls!}

« Older Comments
Home » Lions and Tents and Bloggers… Oh My!