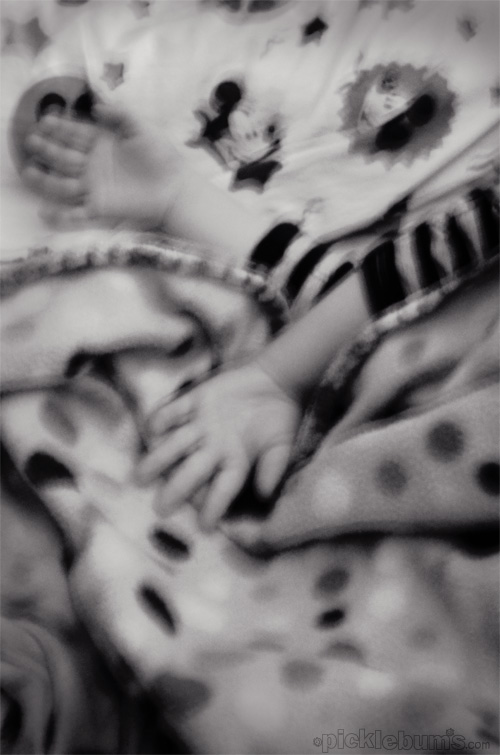 This week I’ve been staying up late due to a looming deadline and too much procrastination during the day.

The late nights are slowly zapping the last of my logic and reasoning, but they are affording me some silence, and a few fleeting moments watching my children sleep.

I don’t do that very often these days.

But these late, quiet nights, I wander to the foot of each of their beds and just stand there, watching them.

I can’t decide if they look more or less like themselves when they are asleep. There is something oddly wrong about their relaxed, serene, expressions, but perhaps I am just not used to them being so still and silent.

I really want to capture their peaceful faces but I can not master the camera in such low light and every time I try I disturb the sleeping cherubs, making them frown and stir and roll over. Then all I catch are blurry images, but they are still beautiful in their own queasy way.

But mostly I just stand there… and try and soak up the peace and now-ness of the moment before I head back to the computer and my deadline.