Firstly I need to say thanks to all those who have emailed and messaged and tweeted in the past day or so. We are all safe here, with the closest fires a fair way off and currently burning away from us. So many others have lost their lives, or their homes and more…. such a sad weekend.

It’s been quite a while since I’ve written anything about our veggie gardening exploits, not because there’s been nothing happening… quite the contrary, there has been so much happening I am not sure where to begin!

We’ve planted and watered and nurtured a whole heap of plants from seed since late spring. We battled late frosts and a nasty cold snap, ear wigs and now searing heat and wind. I am almost amazed that we have anything to show for our efforts at all with the crazy weather in the last few months, but once we got the seedlings growing (and gave up on those that just refused to happen) even the recent heat hasn’t knocked off to many.

We don’t have town water, but luckily we do have bore water to supplement our rain water tanks (luckily since the 0.5ml of rain we had over night is the first we’ve had since December) so we’ve been heaping on the water on the hottest days and so far it looks like we haven’t lost anything. The rhubarb that had taken off since we split our original clump into seven (yes seven!) has suffered a bit of leaf burn but we’re confident it will pull through. The mint has just about dried on the plant but mint always comes back given some water so we are not too worried. The Strawberries and beans are a tad burnt but still 75% green so hopeful they will recover too. The corn has had it’s tips burnt but we are hopeful that the cobs developing down lower will still fruit. 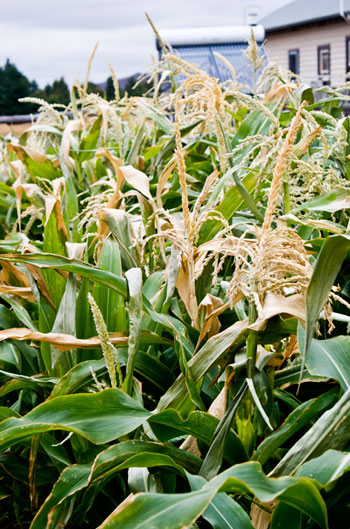 The rest of the garden is doing ok. We have a huge watermelon developing on one of the vines (also tiny rock melons growing too). A couple of lovely looking pumpkins growing well (not sure which variety they are as the pen faded on my labelling system but the other vines are all setting fruit too.). And it’s killer zucchini time again – we already have way more than we need and are giving them away left right and centre. I see a week of zucchini cooking in my very near future! 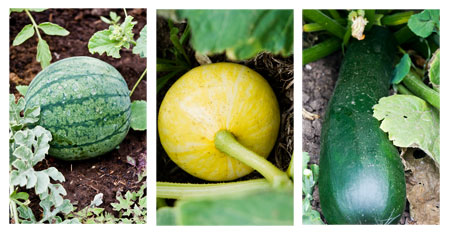 There are loads of green tomatoes on our many plants, fingers and toes crossed some start to ripen soon. I think we may also have succeeded with cucumbers this year, but I am almost afraid to say that out loud for fear of jinxing us.

I’ve held off from putting in any new plants with this crazy hot weather, but as always there is a growing list of things I want to pop in soon with a view to having more home grown produce later in the season and hopefully into the cooler months this year. But for now I am happy to head out into the garden and watch the bees buzzing about in the sunflowers and know how lucky I am to not only still have my garden but to still have my house and those people I care about. 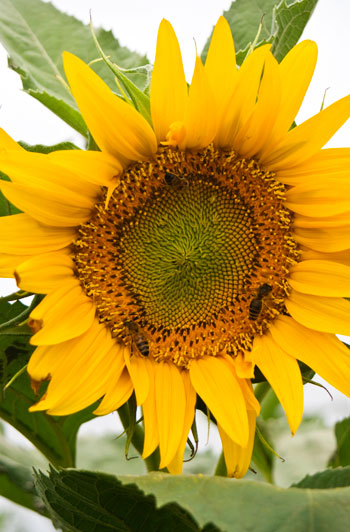 Home » Stuff about the Garden…