Do you ever have those days where you seem to hold your breath all day? When you know that things could go so horribly wrong at the drop of a hat, or, on the other hand, they could all go so perfectly, wonderfully and amazingly right? And that the difference between all good and all bad is such a fine line, such a split second that you end up walking on egg shells all day without even realising it? That is how yesterday was for me.

Right from the moment I dragged my tired body out of bed at ‘the crack of dawn’ (ok it was only 7am but that is early for me ok) and then processed to wash, mousse, spray, bobbie pin, curse and make-up my two small girls and head off to the big ballet concert…. right from the start I knew this was either going to be the best day of their short lives or make them never want to dance ever again.

To put this in some kind of perspective…. The Twinadoes were among the youngest performers in their end of year dance concert. Their dance school teaches loads of styles of dance to heaps of kids in the area and this concert was the culmination of the years work for everyone and it was a very big deal. It was held at a near by town in the theatre of the town hall – a proper big stage with proper lighting and sound and theatre seating. The girls had two dances to do in two performances – in the morning and the afternoon. In the previous weeks we’d been doing rehearsals, dress rehearsals, stage rehearsals, hair and make up rehearsals…. and it was all leading up to this one big day.

Both of their dances where part of the classical ballet section which was loosely based on the story of a toy maker and his toys. For their first dance they were fairies and for the second dance monkeys – you know the kind of toy monkey with the symbols that crash together? For both dances they were required to wait backstage quietly until it was their turn, and for the monkey dance they had other older girls dancing around them, for both dances they had to remember their steps, remember their ques and not be freaked out by the whole thing.

Now my girls are not the most confident children in the world, in fact they struggle with being part of a large group and are often totally freaked out by crowds of people and loud noises. The concert had the potential to reduce them both to tears before it even began…. but they were adamant they wanted to be in it. They were determined that they wanted to do both performances and came away from each rehearsal more and more excited. Still I worried that things would fall apart on the day.

I had nothing to worry about. They both danced really well, they both coped with the long day, with the waiting and with the costume changes, with the crowds of people, with the excitement, with the new people… in short they were amazing… and yes of course I an biased!

These photos are from the dress rehearsal as there was no photography allowed on the day, plus I was backstage the whole time anyway… 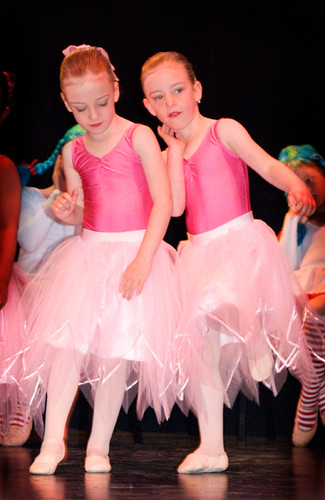 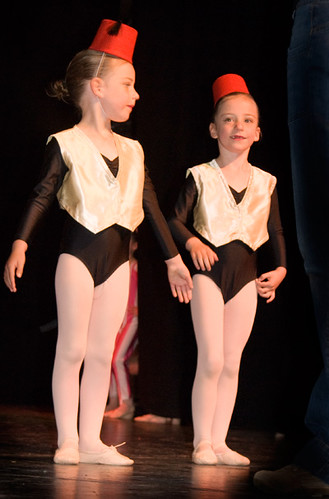 They have just loved ballet this last semester and we’ve signed up again for next year, with the possibility of doing tap too (what am I thinking???)…. I think I can see a lot more concerts in my future!

Home » We Came, We Saw, We Concerted…