It was Harry Potter that started the obsession with fantastical adventurous stories at our house.

And my boy just came in and plonked down the fifth book on my desk, finished!

We are trying to pace him a little, since he’s not quite nine, and we’d like him to grow up and mature as the books grow up and mature, but the only way we’ve been able to slow him down even a little has been to throw some other very cool, adventure and fantasy books at him along the way. So in the past year or so he’s read a whole heap of awesome adventure stories.

Here are some of his (and my) recommended books for 9-12 year olds (or eight year olds that are really good readers!)

The links below are Amazon affiliate links – if you buy a book I get a small commission at no extra cost to you. If you are in Australia I recommend Booktopia. 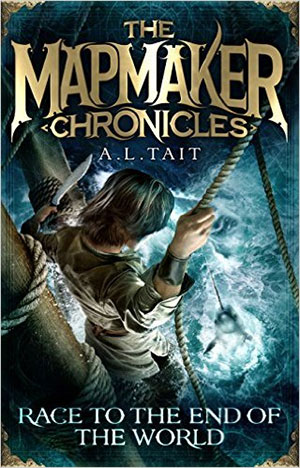 The Mapmaker Chronicles by A.L Tait

The author sent us the first book in this series and from the first chapter we were hooked! Morgan and I took turns reading chapters out loud because neither of us could wait to find out what happened next in the story!

“The Mapmaker Chronicles: Race to the End of the World is packed with action, adventure and intrigue, as Quinn battles unexpected enemies, discovers strange new lands and tries to conceal two very big secrets from his crewmates…” 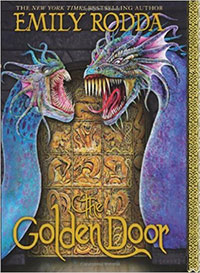 This is an action packed trilogy of fantasy books that are a bit scary at times, but they have great characters and they are easy to read aloud too.

“The walled city of Weld is under attack from ferocious flying creatures that raid in the night, bringing death and destruction. The Warden calls for Volunteers to find and destroy the invaders, and the heroes of Weld answer the call one by one, never to return. Rye is officially too young to go, but his brothers are among the lost and he must find them. What terrors await him beyond the Wall?” 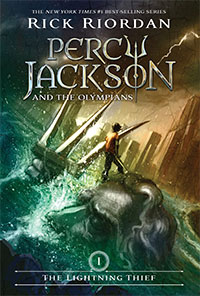 Percy Jackson and the Olympians by Rick Riordan

You have to read the books before you watch the movies… that’s the rule, and it’s worth it for this series.

“When Percy’s mom finds out he’s getting into trouble at school, she knows it’s time that he knew the truth about where he came from, and that he go to the one place he’ll be safe. She sends Percy to Camp Half Blood, a summer camp for demigods, where he learns that the father he never knew is Poseidon, God of the Sea. Soon a mystery unfolds and together with his friends — one a satyr and the other the demigod daughter of Athena — Percy sets out on a quest across the United States to reach the gates of the Underworld and prevent a catastrophic war between the gods.” 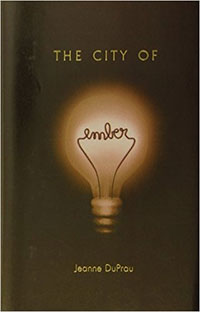 The City of Ember by Jeanne DuPrau

This was Morgan’s first dip into the world of dystopian fiction. This book has really likable characters, and a thrilling but not too dark story of what the future might be like.

“The city of Ember was built as a last refuge for the human race. Two hundred years later, the great lamps that light the city are beginning to flicker. When Lina finds part of an ancient message, she’s sure it holds a secret that will save the city. She and her friend Doon must decipher the message before the lights go out on Ember forever!” 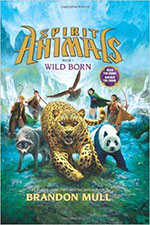 Spirit Animals: Book 1: Wild Born by Brandon Mull, and the rest of the serious by various authors

This is a great series of books, not too long, easy to read, and they have really interesting characters.

“Enter the world of Erdas, where every child who comes of age must discover if they have a spirit animal, a rare bond between human and beast that bestows great powers to both. A dark force has risen from distant and long-forgotten lands, and has begun an onslaught that will ravage the world. Now the fate of Erdas has fallen on the shoulders of four young strangers . . . and on you.” 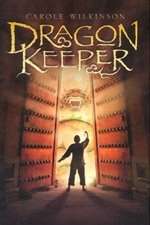 We’ve read this great adventure story and now we have it as an audio book. It’s great to read and to listen to.

“In the time of the Han Dynasty in ancient China, the last remaining dragon is in danger of being killed by the cruel Emperor. A nameless orphan with no past and an uncertain future becomes his unlikely ally. The young orphan soon discovers that it is her destiny to protect the aging dragon and his mysterious purple stone.” 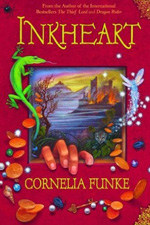 This is one of my favourites! It’s great to read aloud and the strong characters and fabulous story will capture everyone’s imagination.

“One cruel night, Meggie’s father reads aloud from a book called INKHEART– and an evil ruler escapes the boundaries of fiction and lands in their living room. Suddenly, Meggie is smack bang in the middle of the kind of adventure she has only read about in books. Meggie must learn to harness the magic that has conjured this nightmare. For only she can change the course of the story that has changed her life forever.” 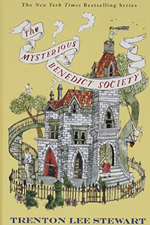 A good adventure, mixed with some mystery, with riddles and clues to be worked out along the way. This book had us desperate to know what will happen next, luckily there are lots more books in the series, but think the first one is the best.

” “Are you a gifted child looking for special opportunities?”
When this peculiar ad appears in the newspaper, dozens of children enroll to take a series of mysterious, mind-bending tests. (And you, dear reader, can test your wits right alongside them.) But in the end just four very special children will succeed. Their challenge: to go on a secret mission that only the most intelligent and resourceful children could complete. To accomplish it they will have to go undercover at the Learning Institute for the Very Enlightened, where the only rule is that there are no rules.”

Morgan is getting the box set of Harry Potter books for his birthday in a few weeks, and while he is still well and truly obsessed with all things Hogwarts, he’s now got a list of other books he’d like to read, after he’s finished Harry Potter!

What are your kids reading at the moment?

Have you got any great adventure books you can recommend? Leave me a comment and let me know what books your kids are enjoying right now.