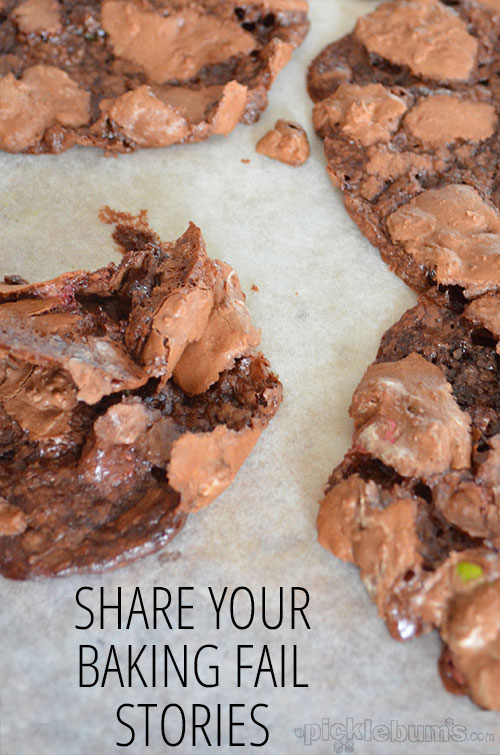 It’s only fairly recently that I have begun to feel like I might half decent at cooking and baking.

In the past I have always felt I wasn’t a very good cook. It probably had more to do with confidence and experience than anything else, combined with the fact that I didn’t really like cooking.

When we moved ‘to the country’ and I suddenly found myself at home with two toddlers, without restaurants and fast food just around the corner, and with a tiny budget I had no choice but to get better at cooking. I’ve had plenty of kitchen disasters over the years but slowly the successes have outnumbered the failures and I have felt an odd sense of pride to be able to cook meals from scratch for my family.

That is, until this last weekend.

Over the last two days I have attempted to cook three things, which were all total failures.

First it was these Parmesan Wonton Crackers.

Not only did mine not puff up at all, they stayed flat and hard, they also tasted terrible. There were like hard, flour-ey, bits of leather.

I googled and tried variations of the recipe, I even asked for help on my facebook page and tried again with a much hotter oven, but they still turned out crap, so I gave up.

Then I tried these Sesame Crisps.

Everything seemed to be going well until we took them out of the oven, and they crumbled into pieces!

My last ditch attempt to save my baking pride was some Chocolate Meringue Cookies.

They seemed so simple, and the story that goes with them is so lovely, and the photos looked so delicious… but something went wrong.

Maybe my weight conversion was wonky and I add too much chocolate? Or maybe switching the walnuts to mini smarties wasn’t a good idea? Or maybe I over whipped or under whipped the egg white and sugar? Maybe my oven was too hot? I just don’t know.

Whatever I did wrong the cookies spread as they baked, and spread some more, until they were just a mass of crispy, gooey, chocolatey, fail. They were a very tasty fail, but a fail none the less. 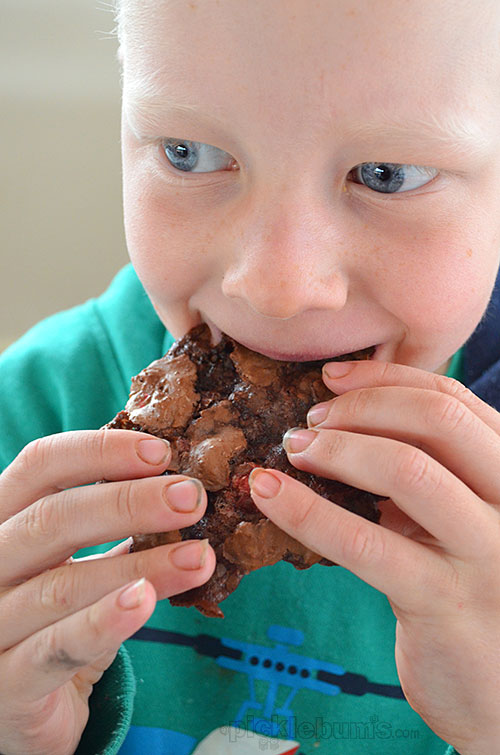 With my confidence well and truly shattered I put some bread dough in the machine and walked away. I knew I could at least count on our favourite pizza pockets turning out ok, and saving me one more humiliation in the kitchen!

Make me feel better… share your baking fails with me! Please!