I’ve never deep fried anything in my life… until yesterday.

Yesterday afternoon, while it poured with rain outside, while the kids played with their new ratty babies and my husband worked on the new bathroom, when my house was a mess and I had no idea what I was going to make for dinner, inspired by this recipe from Fortune Goodies I decided I’d make cinnamon sugar apple fritters. I have fabulous timing! 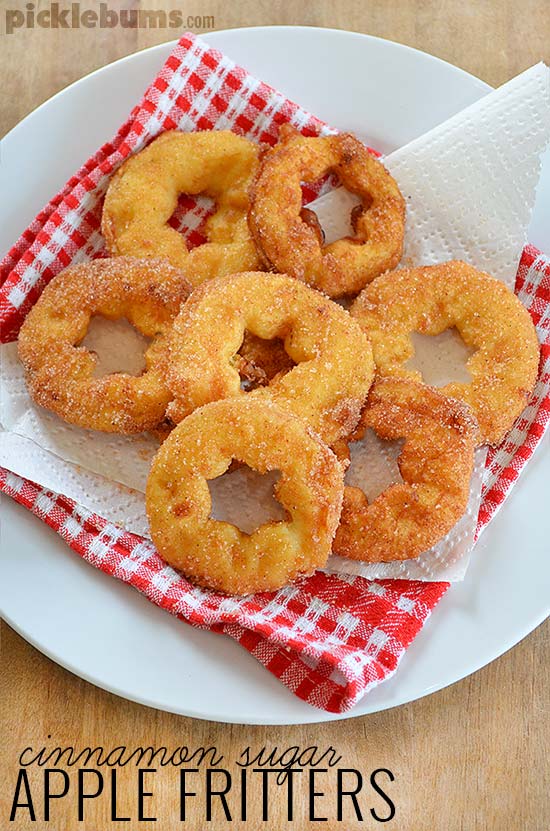 We used a star shaped cookie cutter to cut the core out of my apple slices and called it a Christmas recipe… which totally justified the insanity! You can do all kinds of crazy things in the name of Christmas!

Here’s the recipe I tweaked and adapted.

You know what… deep frying is not as scary as I thought it was! It was actually pretty easy… despite the insanity that was going on around me.

I made these in a tiny little saucepan which just enough room for one apple ring, which meant it took a little while to cook up all the apple rings, but I didn’t need to use very much oil (I’ve always thought it was such a waste to throw out all that oil after deep frying!) and it was easier for a first timer like me to manage. 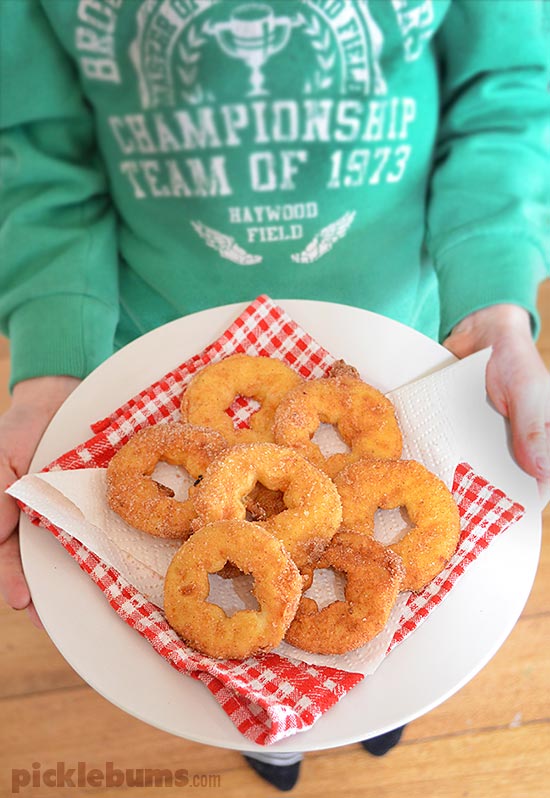 The kids LOVED these, saying it was just like a ‘healthy donut’ though I suspect the token ring of apple didn’t do much to cancel out the fact that these were deep fried! But let’s not dwell on how healthy these are, lets focus on how easy and how delicious they are! They’d be even more fabulous on the top of a bowl of vanilla ice cream!

I see more deep frying in my future!

Is there a recipe or cooking technique you’ve always been just a little bit afraid to try?