It is just for a little bit.
Just a minute or two on the couch while I try to muster the strength to get up and continue on.
Just a few moments of stillness before I battle on with the zillion and one things that need to be done.

He finds me lying there and crawls up on top of me, flinging his arms around me.

He wraps his arms around me and hooks his feet under my legs, it is clear he doesn’t want me to go anywhere.

But I have to get up. I have so many things I need to do, and no where near enough time to do them.
I can’t waste any more time lying here, with his body heavy on my chest and his face squished into my cheek.

I lie here, still and quiet.
I lie here as he wiggles around on the couch and unleashes an unending stream of chatter. 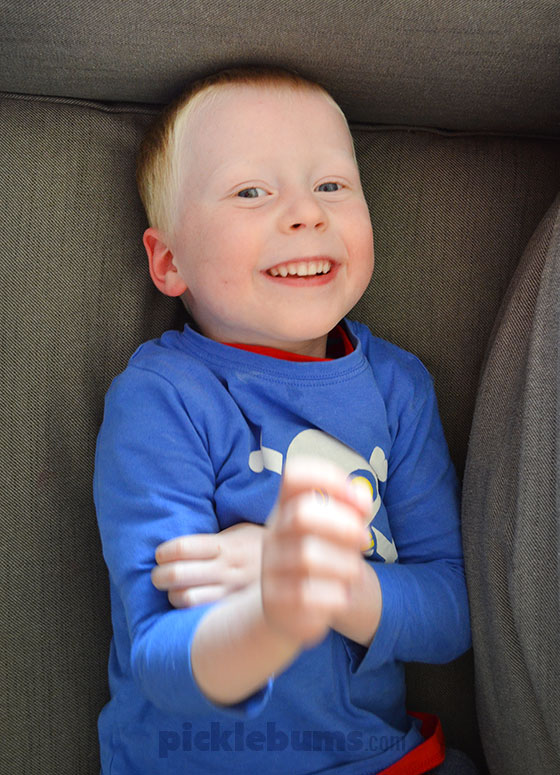 “There are wind dragons and stone axes and leather armor is soft but hard and you go whack pow!
It is totally and utterly unfair that his brother’s birthday is the day before his.
Sometimes when it is all darkness and the stars disappear things come out and whisper, and those things are aliens, but not aliens, and they live far away on another planet or in a space ship.
Did I know that butts and bums are the same thing?”

I lie there as he kisses me and tells me he loves me more than the ipad, more than I love him, but not as much as he loves Dad because Dad lets him play on the ipad.

And then he tells me I needed to get up because he is hungry.
So I get up, get him a snack, and go back to my day.

I’m still bone tired, I still have a long list of things to do, and even less time to do them, but I have a little moment of now to carry with me. A precious moment of now to keep me going while I tackle all the shoulds.

And I make a promise to myself – I will silence some shoulds by collecting more nows, because now is important.