So I am cooking in my new kitchen… even though it’s not entirely finished! So soon I will have some new Pickle Farm recipes to share, but while I get back up to speed here is another lovely guest post from Kylie from Octavia and Vicky. 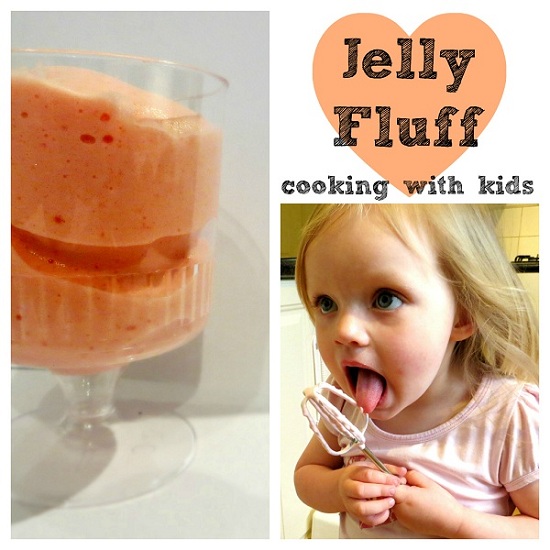 Have you ever tried Jelly Fluff? It’s a gorgeously light, fluffy and creamy jelly that is super easy to make and adored by kids. It’s a properly old recipe, the kind of thing that Grandma used to make. One of my students brought the recipe to school when we were learning about history and family earlier this term. The children were so intrigued by it that we made a batch at school – it was devoured! Pebble and I also made some at home. Here’s how you can make it at home too.

Kylie is a mum and junior primary teacher who loves playing, cooking and using as many geek-tech tools as possible along the way.

She writes about her adventures at Octavia and Vicky.