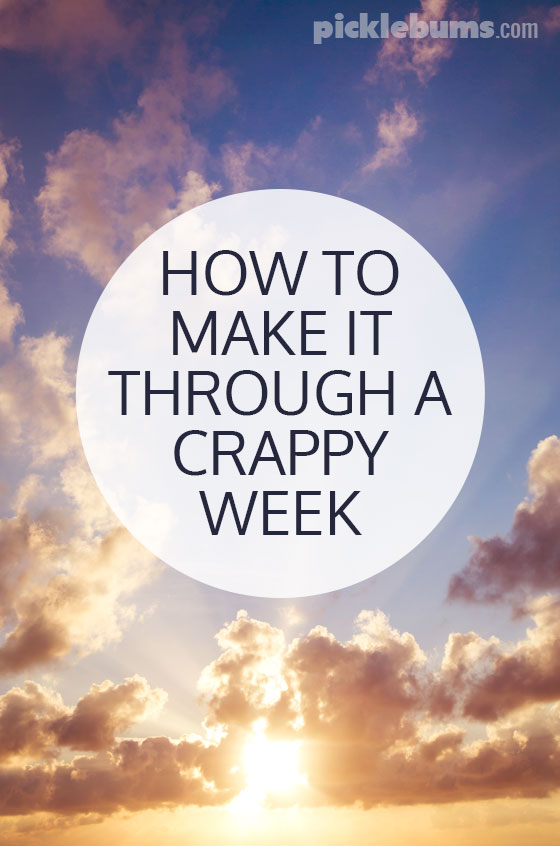 This week I burned dinner twice, and broke my favourite vase.
This week my middle child’s eye swelled closed thanks to a mystery bug bite.
This week I drove to and from school approximately 29 times.
This week my six year old stuck blue-tak up his nose and had to go to hospital.

This week has been a crappy week.

And right in the middle of all that crappiness, we went to dance classes.

The usual routine for parents is to sit and watch one of the classes, but this week a ‘Dance Mum’ friend declared that she was going to sit outside and soak up some sun.

I was going to stick to my regular routine. I was going to ignore my friend’s suggestion, and the sunshine, and go inside to watch the ballet class, and play on my phone, but I didn’t.

So there we were, a group of ‘Dance Mums’, hauling picnic rugs out of our cars and spreading them out right there in the middle of the parking lot! We peeled off layers of clothing, and sat in the sunshine, between the cars, and chatted.

For a little while, things felt a lot less crappy.

When the classes were over, and I drove home to face my burned dinner, I realised that this clever friend had discovered the secrets of how to make through a crappy week.

How to make it through a crappy week.

1. Find moments of ‘micro me time‘.
Find them wherever and whenever you can, and don’t let the spontaneous offerings pass you by.

2. Sunshine and fresh air.
Get some of one or the other, or preferably both. Even if that means looking a bit crazy when you set up a picnic in the car park!

3. Chatting with people who ‘get it’.
It doesn’t matter what you talk about, it doesn’t even matter if that ‘chat’ is via facebook messaging and only contains animated gifs that illustrate how crazy your life is, just chat.

Sitting in the car park, chatting to some friends, didn’t magically disappear everything that had already gone wrong this week, nor did it prevent the events that were yet to come, but it did give me a break from the stress, a moment to just enjoy, and the gift of not feeling so alone.

That was all I needed to recharge and prepare for whatever the rest of this crappy week would throw at me…. well except for the blue-tak up the nose, nothing prepares you for the look you get when you turn up to the emergency department at 9:30pm on a Thursday night and utter the phrase ‘my six year old stuck blu-take up his nose’.

How has your week been?

If you’ve had a crappy week how did you get through it?
And feel free to tell me I am not alone about the ‘blu-tak up the nose’ thing!

Home » How to Make it Through a Crappy Week