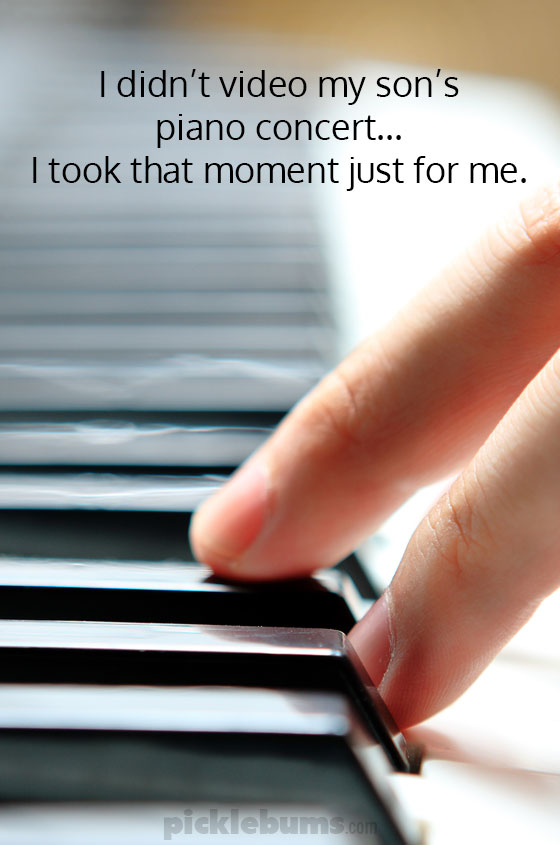 I didn’t video my son playing in his piano concert.
I didn’t even take a photo.

I planned to, I even got my phone out ready to press the record button and video every second, but when they called his name and he walked up to the piano, I put my phone down.

I did feel guilty…

But as he sat at the piano I shoved the guilt, and my phone, aside, and I watched, and I listened.

I listened to the three pieces of music I have heard him play over, and over, and over, again at home.
I watched his oh so serious face, his concentration, and quiet confidence.
I heard him correct little errors and keep playing even though it wasn’t perfect.
I watched his sisters watching him, and his little brother sitting still and quiet, staring between heads with admiration.
And when it was over, I saw him stand up and walk back to his seat, with just the hint of a smile on his still serious face.

And I was glad I had watched him… actually watched him, with my eyes, not a screen.

Mothers are not selfish very often, but I was then.
I took that moment just for me.

There will be other performances to capture on video, this time I only captured the moment in my memory, and it was worth it.

Home » Why I Didn’t Video My Son’s Performance.