I found an old set of dominoes at my parents place over the holidays.

Not the kind of dominoes with dots on them that you use for playing a game, but the kind that you set up in a line and knock down, and I had an inkling that my eight year old might enjoy them.

Boy was I right!

All it took was one YouTube video and he was domino crazy! 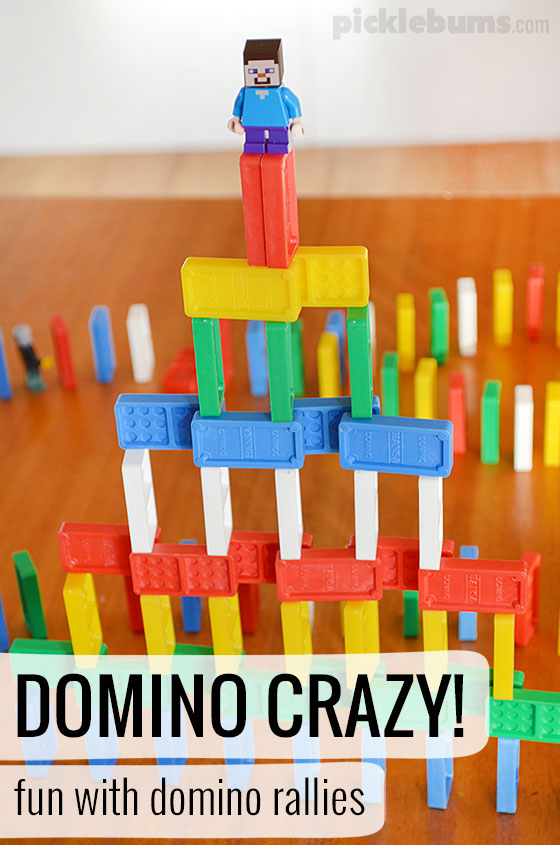 We started out with the basics – setting up a line of dominoes and knocking them down.

Just this simple activity required Morgan to think about cause and effect, to plan ahead, to estimate distances, and to use some very refined fine motor control to set up the dominoes.

Once he had a handle on the basic concept he was very keen to build something huge and spectacular, and he began his planning by watching a few YouTube videos.

There are thousands of amazing domino rally videos on YouTube! You could spend a whole week just trawling through them, so here are a couple of our favourites to get you started.

This domino rally is truly epic! 543210 dominoes and all kinds of tricks and special effects!


Morgan and I both love the domino rallies that make amazing pictures, and this ‘Starry Starry Night’ one is amazing!

Even though the kinds of epic domino rallies we’d seen on YouTube were a bit ( a lot!) our of our league that didn’t stop us from thinking big and wanting to learn a few tricks.

And then we modified it a little to make our own pyramid style wall, with a Lego guy on top… of course! 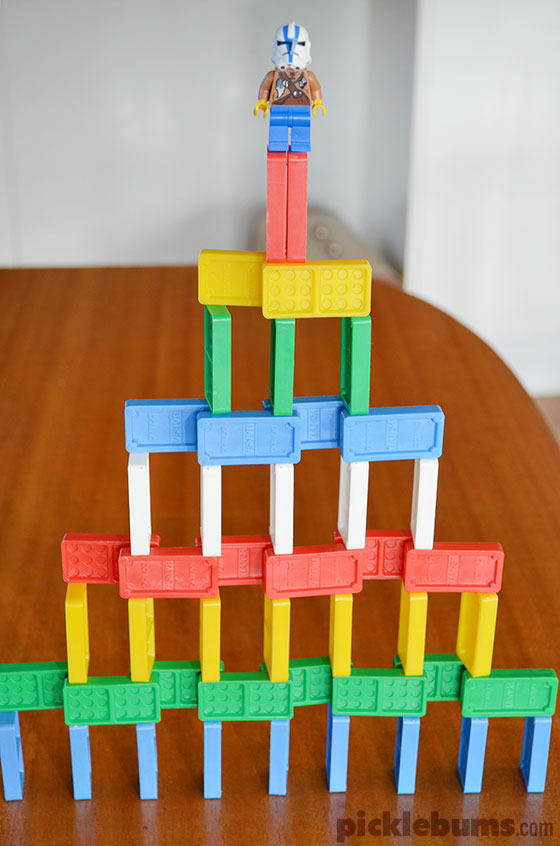 Morgan got out his Lego Chain Reactions set (Amazon affiliate link, Aussies you can get it via Booktopia) to create a marble chute and run, we used a section of a marble run kit, and lots of different Legos to add ‘Rube Goldberg Machine’ type elements to our rally. And we added some more Lego minifigs, of course. 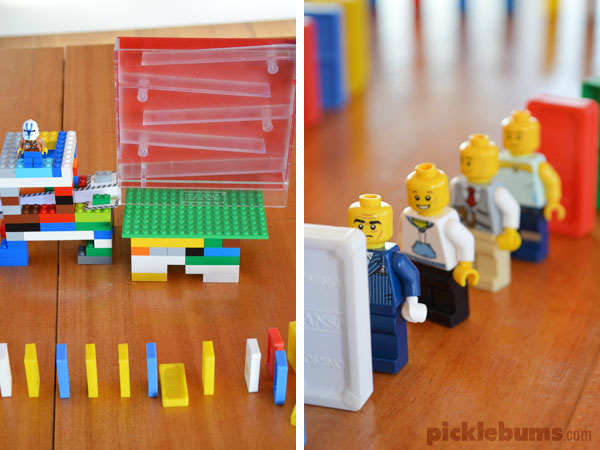 With lots of trial and error, lots of disastrous knock downs, and a few failed rallies we learned a few tips and tricks for setting up domino rallies… 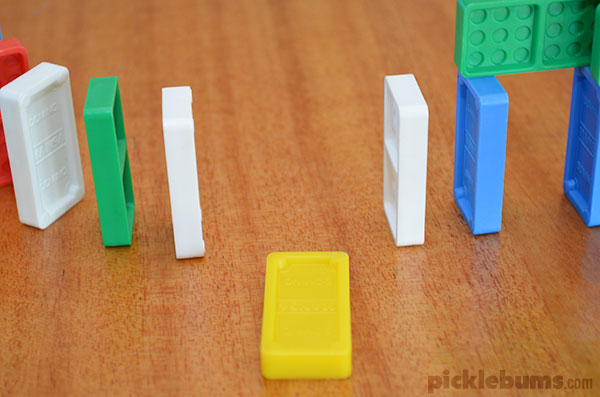 Here is a photo of one of our favourite set-ups.

We used a lego man to start the dominos going up the stairs, then a marble run, then a Lego machines marble chute. We also did a split section with one line of dominoes doing off to knock down a pyramid, and the other going off to make a diamond and push a Lego car off the table.

You can see the dominoes laying down leaving gaps between each section. We carefully stood these back up in place before starting the rally.

It took Morgan an I about 20 minutes to build. 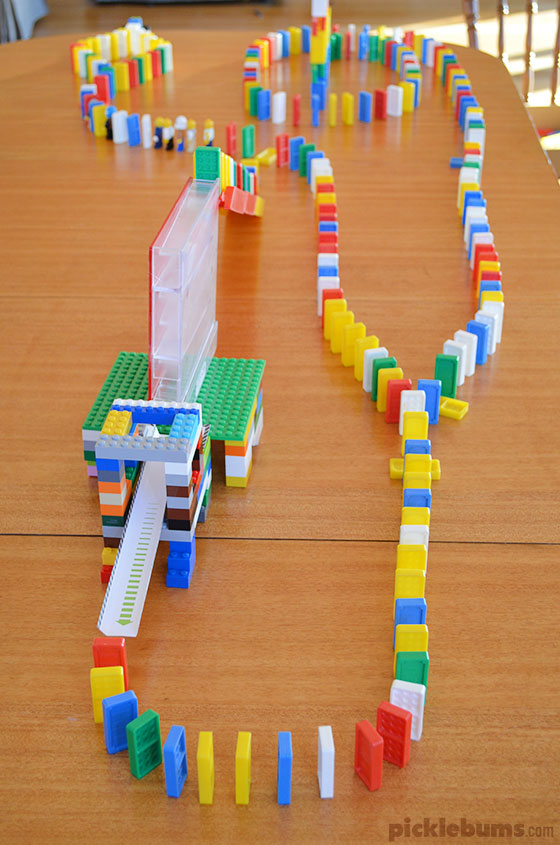 I was amazed by how much patience and perseverance Morgan showed while mucking around with the dominoes, not to mention using planning skills, making hypothesis, exploring through trial and error and experimenting with measurement, structure and chain reactions. There are so many learning opportunities packed into these little rectangles!

Have you got a few sets of dominoes in your cupboard? Dig them out and set up a domino rally or two! 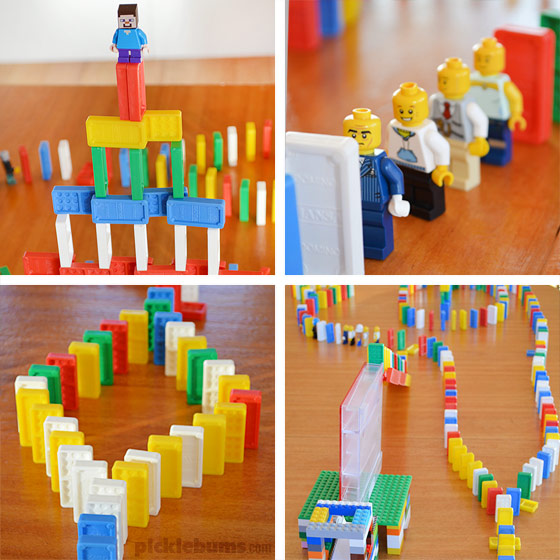