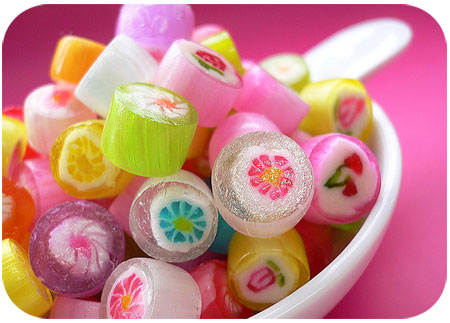 We went to a big family celebration on Saturday mnight, and my children consumed around about three times their body weight in lollies.

I find the adult parties much worse for the lolly thing than the kid ones to be honest. At this event, my sister-in-laws 21st, there were containers of lollies (mostly red ones!) everywhere and any number of indulging adults to help my three small children scoff way too many of them.

Now don’t get me wrong. I am not anti sugar. My kids (and I) eat our fair share of sweet treats. I do try to keep an eye on how much we eat though, and generally we try to keep artificial colours and chemicals out of our sweet treats as much as possible.

In the past I’ve tried a simple “no” – a total blanket ban on eating lollies at these kind of events. I’ve also tried to limit the number consumed. But it’s a party. The lollies are right there in front of their faces. There are any number of party guests just ready to spoil my kids when they tell them with an angelic smile that ‘yes Mum says it’s ok’, or worse to conspire lovingly with my children despite knowing Mum says it is not ok! So on this occasion I gave up and gave in…

You want another lolly? Sure eat as many as you like.

I knew this was probably not going to work out in my favour but hey, I was busy avoiding strangers touching me (will blog more about that later!) and eating my own fair share of red lollies.

The kids were all fabulously behaved at the party and we all had a great time…. then Sunday rolled around. All three small people in our house fell from the very tip top of their sugar high…. and the resulting crash wasn’t pretty.

There was an excruciating increase in whining, crying, whingeing and general complaints. There was absolutely no possibility of waiting a turn or attempting to understand anyone else’s point of view,. There were tears and melt downs and the Small Boy went feral on the punching and kicking thing.

Now granted, the Small Boy has been having a little bit of trouble with the whole ‘gentle hands, gentle feet’ concept of late, but when his Aunt leaned into the car to say good bye to him last night and he returned the sentiment with a mean left hook to her chin… that was kind of over the top, even for him.

What was more telling though was the resulting crying. He cried and cried all the way home from the airport because he loves his Aunty Sawah and ‘Goose Trap’ so much and didn’t want them to go home…. yet he’d just punched her in the face and not half an hour before kicked and beaten up ‘Goose Trap’, including a good poke to the eye. This angry and frustrated, yet confused and loving, demeanour really summed up all of my kids yesterday, and I blame the sugar.

Perhaps it’s just that the excess sugar is an easy excuse. I mean we did stay out late, everyone was tired. We had family to stay and our usual daily routine was totally out the window… So maybe it wasn’t as simple as overdosing on sugar…. or maybe it was

What do you think?
Does sugar (and/or perhaps the combination of sugar, colour and crap you find in lollies.soft drink etc) affect your child’s behaviour? If so how? And do you just ban that stuff all together or do you allow it on special occasions and just deal with the consequences?

Home » Falling from the Sugar High.