No matter how many little rhymes or tricks I read about I never seem to be able to remember which is which! But who cares how you spell it, as long as it tastes good right?

We don’t have dessert every day, but sometimes we have an after dinner treat and this fruit sponge dessert is one of our favourites.

The ancient Women’s Weekly Cookbook where we found the original recipe calls it ‘Apple Sponge Dessert’, but it’s works well with all kinds of fruit, and more importantly it is quick, easy and delicious – all the things I like in a recipe.

You can make this while the pasta is cooking and pop it in the oven before you serve up and it will be ready when you’are done. 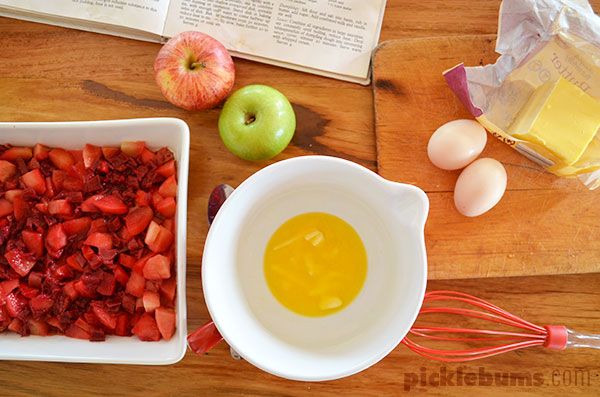 It’s kind of like a cross between a fruit crumble and a cake – with a layer of fruit on the bottom and a bit of sponge cake on the top.

We usually make it with apples and rhubarb because that’s what we have, but it’s good with peaches or nectarines if you happen to have them, and amazing with berries too. You can even used tinned fruit if that is what you have.

Here is our slightly modified recipe:

For the Fruit Layer

For the Sponge Cake Layer

Preheat your oven to 180 Celsius and grease or line a small baking dish.

To Make the Fruit Layer

To Make the Sponge Cake Layer 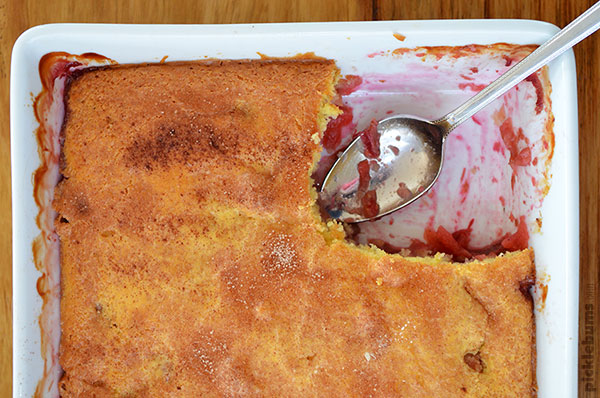 I often double the recipe to fill a large baking dish so we can have some for dessert, and some for a sneaky treat breakfast the next day!

It reheats well, and is quite good cold too, but it’s best served warm, straight from the oven with a scoop of ice cream or a dollop of vanilla yoghurt! 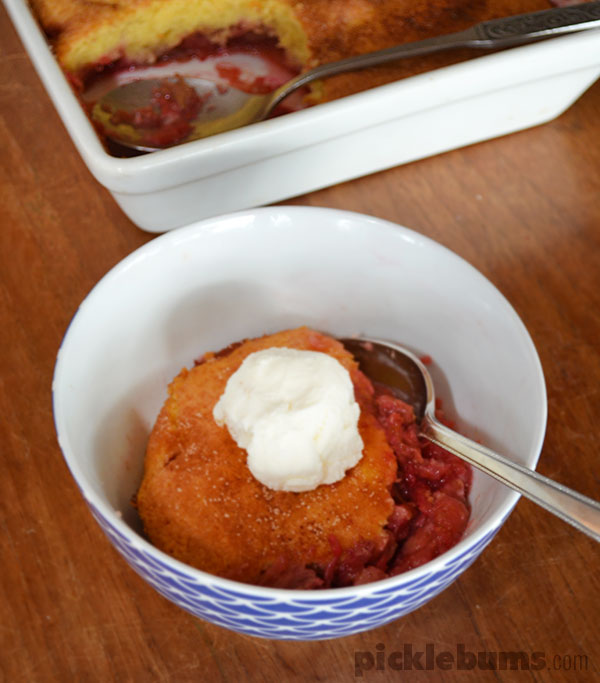 This is one of our favourite deserts… I mean… desserts. What’s yours?

I first shared this recipe back in 2011 (which is why some of the comments have such old dates on them) and since it has remained a firm family favourite it was time for an update and reshare.