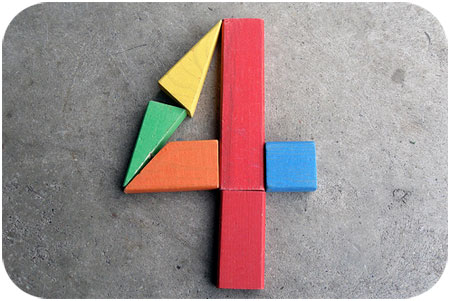 Four children? Are you Insane?

That is the usual response when people realise my ever expanding belly will make us a family of six. They ask, some tongue in cheek and some quiet earnestly, if we are crazy. Crazy, I guess, because four children is way more than your average two point something and even over the somewhat acceptable three.

For us, three seemed to be totally acceptable to the wider world. To have a third after having twins seemed almost expected. Perhaps it was the fact that our twins are identical and so both girls and of course it is seen as desirable to have at least one child of each sex. Whatever the reason, no one battered and eye lid when number three came along, but four? Number four seems to put us in the ‘insanely large family’ category, which I admit came as a bit of a surprise.

When I think of a ‘large family’ I’m thinking of those who have eight or maybe twelve kids. That seems ‘large’ to me. Four? Four just seems ‘one more than can fit in your average family car’… so ok, yeah, bigger than average perhaps, but not ‘large’.

Perhaps we are crazy?

The thought has crossed my mind on many more occasions than I care to honestly admit. What on earth am I doing having another baby? Am I even coping with the three I already have? Haven’t I already scarred those three for life? What makes me think screwing up another child is a good idea?

Then there is that ecological question. Am I bringing more than my fair share of people into an already over populated world? Into a world that perhaps doesn’t foretell the brightest of futures for my children? Am I being environmentally friendly or simply selfish?

To be honest, the most accurate answer is that I am being selfish.

I like having children. I like being pregnant, giving birth, having a baby and watching them grow. I like being a mother. Sure. it is not all roses and marshmallows… far from it, but I still like it.

I feel lucky to have these children. Lucky to be in a position where we can afford to take care of them (not that I believe children always cost the earth, but I do know that they cost something) and even more lucky that I am able to be at home with them while they are little. We are lucky to live where we live and how we live and to share that with our children.

Being a mother is what I do right now. It is not all that I am but it is a HUGE part of who I am. I like that. It is my way of changing the world right now. Not in huge momentous earth shaking ways, but in small, proud ‘Mummy Moment’ kind of ways.

Sure we are contributing to the ‘over population of the world’ and making our ‘ecological foot print’ ever larger… and sure I could find a million ways to try justify that, but I don’t really see the point. Being a mother is some strange biological ‘thing’ that I just don’t have the words to describe or the arguments to justify. It just is.

Soon we will have four children.
Yes we know what causes it.
Yes we have a TV (two in fact)
Yes we may be insane, and even un-environmentally friendly, but that’s ok.
We can live with that, and with being a ‘large family’.

Home » Are You Insane?