I had planned to post something totally different today, but Morgan and I made these cookies on the weekend and they were so good I changed my plans to share them with you! Yep, they are that good! 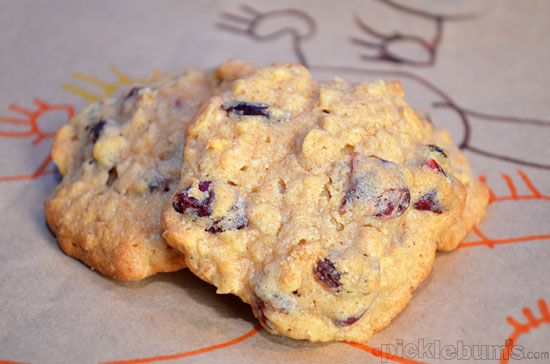 Recently I’ve been seeing so many cake and cookie recipes pop up using pureed pumpkin. I guess that has something to do with the fact that it is Autumn over in America. And while I don’t like pumpkin and cannot fathom adding it to a cake or cookie (no, you can’t convince me) I admit I was tempted by these yummy looking, spiced, baked goods. So on a whim I decided I could take one of these pumpkiny recipes and replace the pumpkin with stewed apple… since I have a freezer full of it from it was Autumn here.

Now in the past I would never have attempted to change a recipe so radically, I just wasn’t confident enough, but these days I’ve learned a bit more about cooking and gotten over the immense disasters I’ve had enough to give it a go. And seriously…. cooked apple is kinda similar to cooked pumpkin right??

This recipe makes a lot of cookies, which is good, because they are especially delicious warm so you’ll eat at least half of them as soon as you make them!

They are kind of cakey with a little crunch around the edges and since they have fruit and oats in them I can totally kid myself they are healthy as I eat them for breakfast! 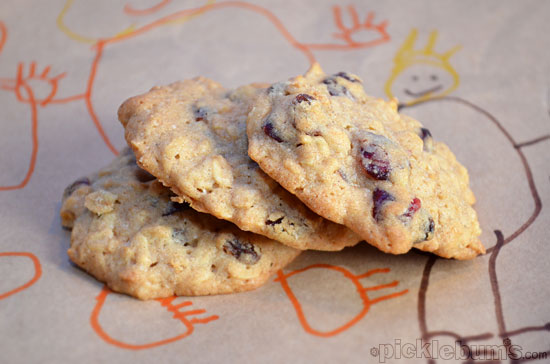 Morgan and I have declared them the best biscuits we’ve ever made! The girls like them but still vote that the chewy choc chip cookies are the best and Noah could care less as long as he gets to eat them… so the deciding vote rests with The Father Figure who graciously refuses to judge, claiming he likes them all.

So you’ll have to help me out here… are these the best biscuits ever??