So what have I been up to while my blog has been off gallivanting around the interwebs and doing all manner of strange and unspeakable things?? 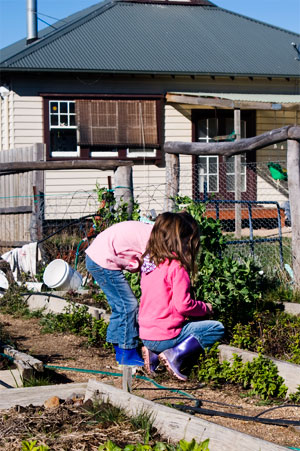 I’ve almost completed one of the biggest design jobs I’ve had so far… I’ve had way too little sleep and my kids have watched way too much TV but it’s all but done and ready to be posted tomorrow! Yay!

We returned the budgies to kinder… alive!

We’ve been making the Small Boy say “I put the Led Lobot in the Lubbish” because we think it is very funny that he can’t say ‘R’.

I’ve introduced a classic movie to my girls. We watched The Sound of Music together last Friday night – well up to the end of the wedding anyway. They already loved the music and had been bugging me to hire the DVD so on a whim I did and we all enjoyed it.

I’ve been singing “I have confidence in confidence alone…….” because that darn song is stuck in my head and just won’t quit!

I’ve been secretly picking and eating our snow peas straight off the vines while telling the rest of the family they aren’t ready yet.

I’ve been unsuccessfully attempting to catch up on a HUGE back log of laundry.

I’ve done my tax – which really isn’t as momentous as it sounds.

I’ve been thinking about Christmas, planning and scheming ideas with the girls for this year’s present creating process and dreaming of actually being organised this year.

I’ve been walking in muddy puddles with my gumboots on.