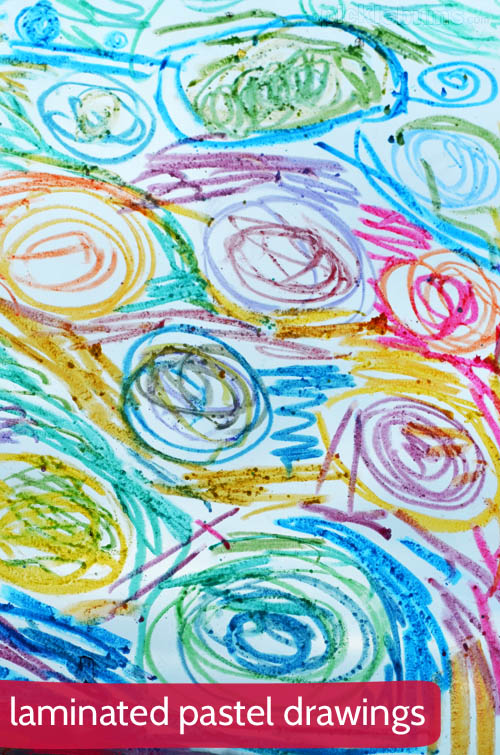 I was given a gift card to an office supplies store for Christmas. And if that wasn’t awesome enough, I was also given an hour to wander around that store… on my own!

I spent some of the gift card on practical, useful items that we actually needed, but I spend some of it on something I have always wanted but never really been able to justify – a laminator!

So the laminator has sat mostly unused since that Christmas purchase. It is such a cool toy but I am just not sure what I can use it for.

“Lets experiment!” I told the boys…. “I wonder if we can draw on the laminating sheets?” 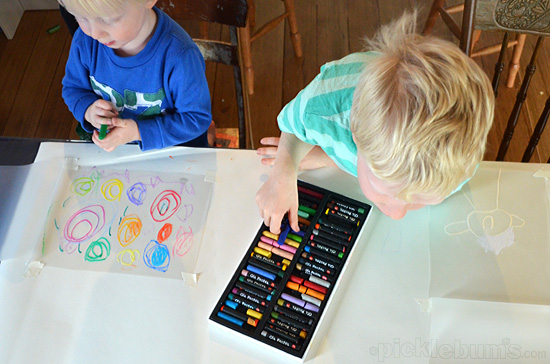 We got out some pastels and I opened up a laminating pocket and taped it to the table, one for each of the boys.

You have to press down hard to get nice thick, vibrant, lines of colour on the laminating pocket and they are slippery so taping them was essential. 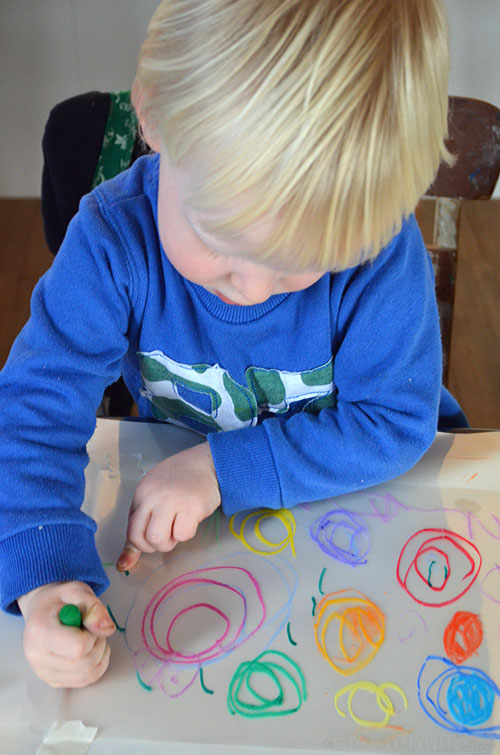 Morgan drew a picture of Nanny, and Noah just filled his sheet with lines, circles and lots of colour. Later the girls came and joined in and both drew rainbows and various other things.

Then it was time for the experiment… what would happen when we put the drawn on sheets through the laminator?

We poked in the pocket at one end and waited, not very patiently, for it to come out the other side… and it worked! 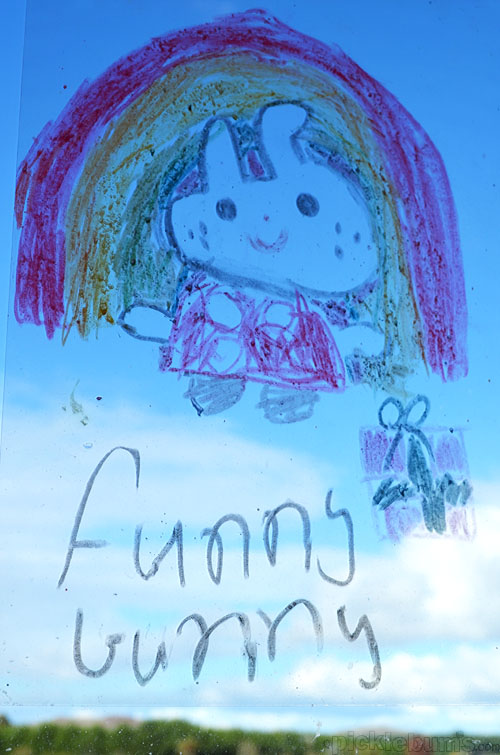 We discovered that lighter colours didn’t show up so well on the clear background, and the more colour you put the better it looked. Thickly drawn pastels, overlapping colours and big solid shapes turned out the best, but all the images were interested and look cool stuck up on the window.

Do you have a laminator? What do you use it for?