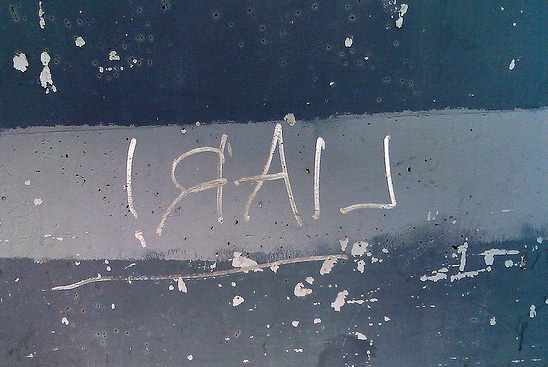 I sit in the car and watch as she crosses the road at the school crossing. I see her say hello to the lollipop lady and the lump in my throat grows a little.

I know that the lollipop lady will ask her where her sister is today. It’s an innocent question asked by a kind person, but it is loaded… today it is so loaded.

Today I am a big fat liar.

I’m not talking about the little lies we tell our kids…
“I don’t know who ate that raspberry from your lolly bag!?!”

Or the ‘fun’ lies…
“How much money did the tooth fairy bring?”

I’m talking about the hard lies. The lies we tell when we know telling the truth won’t help our kids.

All of those things are true… and yet I was still lying.

Deep down inside I worry about her going to school on her own as much as she does. I know she can do it, but I hate that she has to. I hate that she feels lonely and vulnerable on her own and I worry that all the things she fears will happen… or even just some of them.

Any clues as to where my anxious child learned to worry??

Yep… I am a world class worrier too.

And while a huge part of me wanted to hold her and never let her go. To tell her she could stay home, that she never has to go anywhere or do anything that she doesn’t like and that she can live the rest of her life attached at the hip to her twin sister if she wants to… I didn’t.

Instead I did the right thing. I lied.

To do that she needs my support, my confidence, my strength… and today, my lies.

Do you ever lie to your kids?