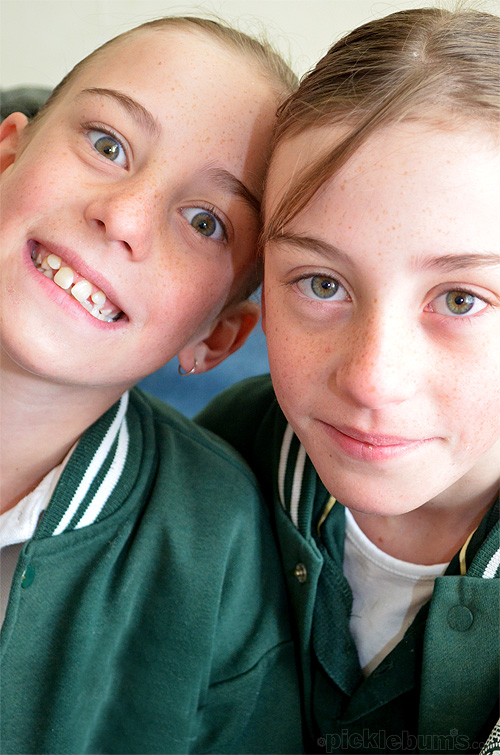 As I go to take their photo, both of them wrinkle their noses in exactly the same way. They screw up their faces and pout at me and despite their differences in that moment they are just so much alike.

Even after all these years of growing, and changing, and becoming who they are, they are still so very much the same. And yet… so very different.

And that is the never ending conundrum of our identical twins.

And I look at them and wonder why the universe thought I was a good candidate to deal with this?

After nine years I can still barely wrap my head around the fact that I had two babies at once, let alone figure out the best way to parent them.

Should they be in the same class at school?

Is it ok if they share a bedroom, a wardrobe, a bed?

Do they get enough one on one time?

Why do they fight so much with each other?

Is ok for them to choose to wear the same clothes?

Don’t you know that I suck at making decisions like these at the best of times?

And when it comes to the twin thing I have nothing to go on. I am not a twin. I don’t even have a sister. I have no idea what it is like to almost always have someone the same as you, right there, from the moment you were born.

Do the good things out weight the bad things?

Are they as bothered by the stupid questions and stares as I am?

Will they always be so close?

Will they always fight so much?

I feel so completely lost sometimes when trying to make the best decisions for these two.

And for nine years I have muddled through.

I’ve read books and talked to ‘experts’. I’ve sought opinions and chatted to friends. I’ve cried and laughed. I’ve done the opposite of the status quo and gone out on a limb. I’ve tried to do what is best for Zoe and for Izzy… individually, even if that means it is exactly the same thing. I’ve tried do make it work and have it turn out ok for both of them, even when that is impossible.

And that’s all I’ve got.

Muddling through is the extent of my twin parenting expertise.

That’s a sobering thought as we start down the barrel of the tween years and the rapidly approaching bumpy road of puberty.

But it’s all I’ve got, so it will just have to do.

Happy Birthday to my same but different girls who were once so tiny and who are now nine. 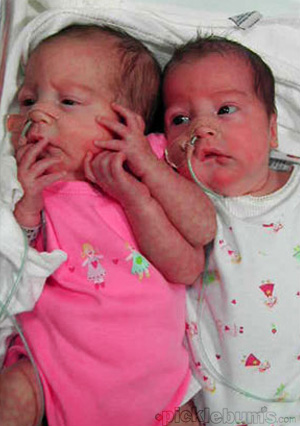