I was going to write a long and rambling post about how excited I am about our renovations, but then I realised… most of you have no idea what our house is like now, so you aren’t really going to understand why I am so gosh dang excited about the changes. So, indulge me if you will, as I take you on a little tour of the Pickle House – as it is now.

Our house is beautiful. It’s an old Californian Bungalow that was cut in half and moved out here a few years before we bought the property. It is a little like the house I grew up in, it even has the same stained glass windows at the front. I adore our house, but it is small. It is around about 11 squares if you include the veranda, so it’s not teeny tiny, but when you have six people all trying to share one bathroom and two bedrooms, well it’s a bit squeezey. 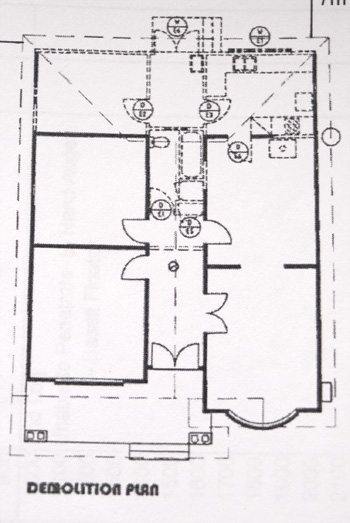 There are few things about this house, that make life a little tricky at times. Lack of bedrooms is probably the biggest. We have two bed rooms and a ‘study’ (ie tacked on freezing cold room out of the back). This is our big boy’s bedroom… I mean, corner. Yep, he sleeps in a toddler bed that he is almost too big for in the corner of our room, because we have no where else to put him. 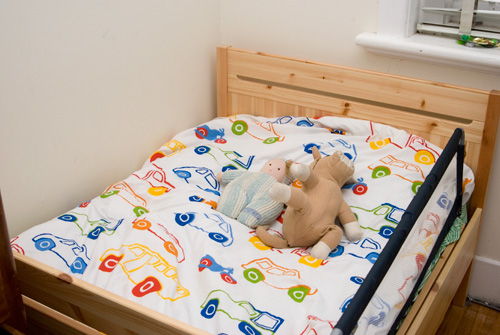 We have a lovely lounge and dining area (though we could use a little more space there too) and a ‘functional’ kitchen. That’s what the real estate agent said when we first looked at the house almost 7 years ago. The kitchen was a lot better than what we started with in our old house, but it could use more than the 6 cupboards it has (yes in total) and all the usual things like more bench space. But over the years the biggest problem with the kitchen is that it is a separate room, away from the living area, so while I am cooking I have no idea what the kids are doing. This spells trouble for us! 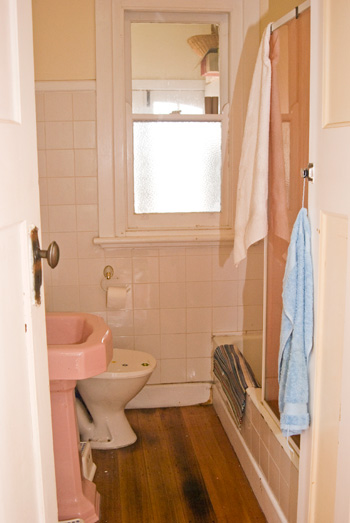 We have an very old bathroom. Again, it is ‘functional’ but the shower tiles leak (so we currently have a large sheet of plastic taped around the shower end of the bath) and we have and old sink that has a separate tap for hot and cold which is not very user friendly. It’s also in the middle of the house with no outside window (due to the late but still more than 50 year old tack on out the back). And why is that when one child needs to wee then suddenly the other two do as well?? A second bathroom has been a dream for a long long time. 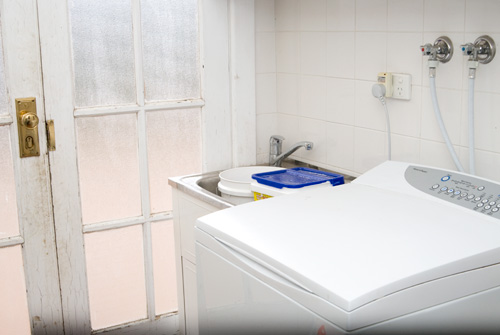 One of my big bug bears with this house is the lack of laundry. The current ‘laundry’ consists of a washing machine, sink and some over head cupboards squeezed into the tiny hall way that leads to the back door…. and yes that is our back door that the sink is in front of. It is a constant pain in the bum, but at least we are saving some electricity since we have no where to put the dryer and haven’t used it since we moved in.

When we bought this property we did so with plans to have another baby (or two) and knowing full well that we would grow out of this house pretty quickly. We’ve been dreaming of and planning for these renovations for almost seven years. Of course we were supposed to begin them a long long time ago, but life doesn’t always go to plan and we’ve had to be patient (and sometimes not so patient). But now… now I have floor structure going in as I type! 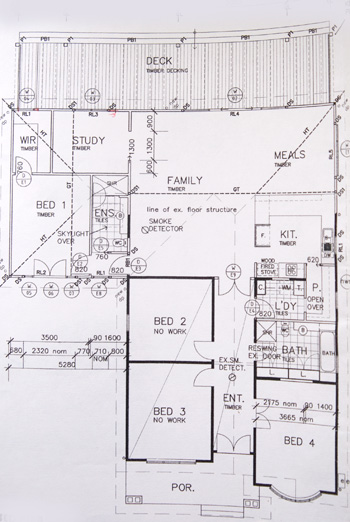 When the renovations are done our house will go from 11 squares to 20 squares (not including our huge back veranda). We will have four bedrooms (though we will probably keep one as a sitting room/spare room), two bathrooms, a real proper laundry room, a new kitchen (with a walk in pantry) that over looks a family living space and a study. The house won’t be enormous by some standards but it will be big enough, and after years of planning we are confident it will work for our family, which is the most exciting part!

So now when I say how excited I am that the renos have started and how desperate I am for them to be done… now you know why.

Have you renovated? Tell me it will be worth the hassles and waiting in the end… please!