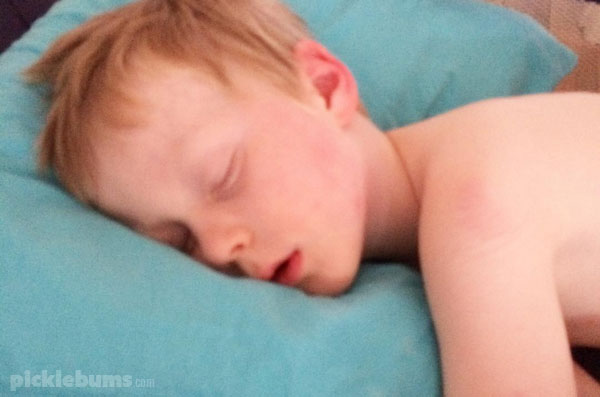 In fact when I posted the photo, all four of my children were asleep in their beds, and it was 8:50am.

As I watched my boy blissfully snoring his head off I had a twinge of panic…
I should wake him, and the rest of the kids, and start getting them all back to the routine of early mornings before school starts next week.

But it was only a momentary twinge… thankfully it passed without me actually acting on it.

You see I know there are lots and lots of reasons, really good reasons, why I should start trying to re-establish a routine before school starts, and I know I will probably regret it come this time next week, but I’m not doing it.

Here’s why I’m not trying to re-establish a routine before school starts.

All four of my kids start school for the year next Thursday.

There will be no forced early mornings in the days leading up to that first day. Instead there will be lots of down time, lots of good healthy food, lots of outside activity, lots of time together and lots of early nights.

I’m aiming to fill their tanks as much as possible while we have time… we’ll sort out the routine later.

Do you work on restablishing a school routine before school goes back or do you plan to wing it and deal with the consequences later like me?