We’ve been ‘down the coast’ with the girls from playgroup for a few days, having a lovely time, so I haven’t had a chance to post our news…

Sometime during the day on Sunday Mr/Ms Foxie–Loxie came and took Red the Randy Rooster. Yes you read right, during the middle of the day! And while Baldy Boy was outside working on the veggie garden fence so the chooks were hardly alone for more than a few minutes.

It isn’t as surprising as it sounds though. The day before we left for our big holiday I woke up to the sound of chickens going nuts. They were out early, though it was definitely light outside (about 8:30ish) and as I looked out the kitchen window to see what the problem was I see a fox with Red’s neck in his/her mouth! I raced out, yelling and the fox ran, still with red flapping in it’s mouth. I picked up the nearest hunk of wood and chucked it at the fox.. it ran round the side of the house where I piffed a half brick at them and the fox finally let Red go and hid under the house. I hurredly got the chooks and Red locked back in their house and went inside to calm down.

That morning Foxie–Loxie came back at least four times (that I noticed I am sure there was more that I didn’t see) to scout out the chook house and see if I had let the chooks out again! Cheeky bugger!

Poor Red was very shaken by his close call with Foxie–Loxie and even though there was no blood and he seemed unhurt we suspected the shock of it all may do him in anyway. We called both mothers to warn them that if they came up to feed the chooks while we were away and found Red had karked it not to be surprised.. and not to be surprised if Foxi–Loxie managed to find a way in to the chook pen and make a meal of the hens too.

As it turned out the chook house seems pretty secure and all hens and Red were fine and well when we got back – if a bit narky for not getting out much while we were away. Red’s crow was forever changed by his close call with the fox but by the time we got back he was up to his old tricks of spurring anyone he felt threatened his girls.

But obviously Red’s days were numbered.. we’d seen foxie–loxie out and about late afternoons a few times before the fateful day so we suspected he/she was very hungry and desperate for food to be risking being out in the day light and to be so brave when people approached. Brave Red obviously defended his girls for a second time and came off worse for ware. When we noticed he was missing we went looking as there were no feathers in the yard or signs of a fight. We found some feathers and Red’s head out near the dam which confirmed his fate.

All things considered, this time we were pretty lucky. Red’s days were numbered as our resident rooster anyway. He was very protective and narky and could do some major damage with his spurs, even through a decent pair of jeans! I have the scars to prove it! Mind you this narkiness is no doubt what saved our hens from the fox and I know it is the right and proper thing for a rooster to do.. so can’t really cook him up for that alone! But we were worried that the chooks feather loss from his randy habits was interfering with their egg production, not to mention it makes the hens look terrible…. and since none of the hens show the least inclination to sit there is no chance of it ever producing any chicks. The plan was to invest in some Australop bantams and maybe bantam rooster so that we’d have more of a chance for chicks. So poor Red the Randy Rooster was going to be chicken soup very soon.. but Foxie–loxie beat us to it! 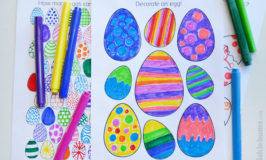