I’d been saving up this activity for when I really needed to pull out something special. After a particularly bad day last week with lots of yelling (by the kids and me) I knew that time has come…

I quietly got out two tubs, a couple of containers, funnels and some scoops I’d been saving from the laundry soap. Then I went outside to the shed and filled up one of the tubs with chicken food. Yep, you read right, chicken food. 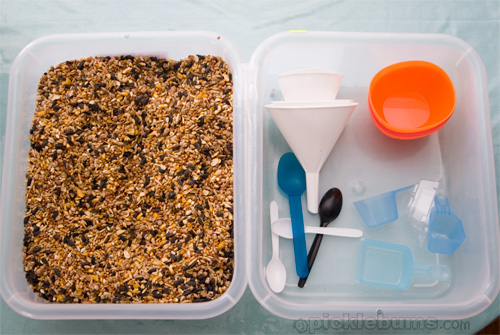 I try not to use food as a play material, especially when there is an easily available, cheap, just as good, alternative. Rice for sensory play is lots of fun, but rice is a food that we could eat if we didn’t play with it. Using the seed mix we feed our chickens is a ‘just as good’ alternative to rice, since our chickens don’t mind eating the seed even after we’ve played with it.

At first my school aged girls thought I was a little crazy.
A tub of chook food?
To play with?? 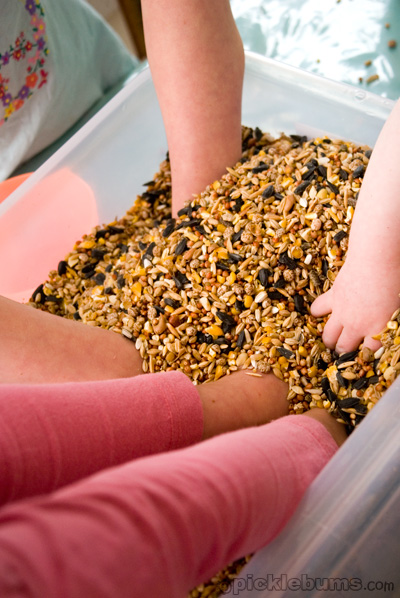 But the Four year old sunk his hands in immediately and lifted them up, letting the seeds run through his fingers, saying “it feels funny!” That was all it took for the girls to sink their hands in too. 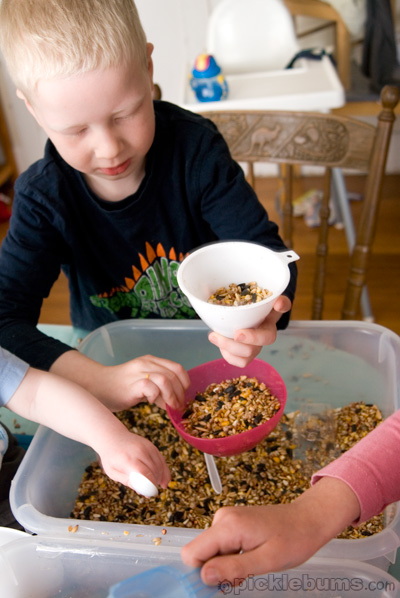 Hours later they were still pouring, mixing, sorting and running their hands through the chicken feed their crazy mother gave them to play with. 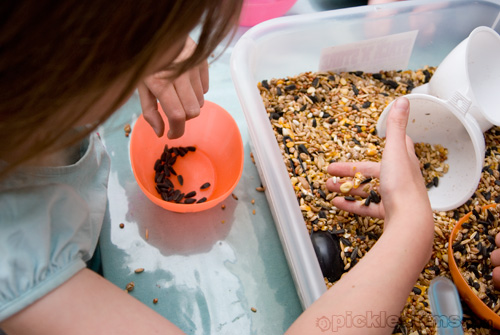 The chicken feed does end up on the table and on the floor, but given a couple of dust pans and brooms, my kids had as much fun sweeping it back up as they did playing with it.

With the lids on the tubs and stored somewhere dry and cool we played with this again and again over a week until we wanted to use the tubs for something else so we recycled the seeds back into the chicken feed bin, with a few handfuls going straight to our hen who has five new chicks.