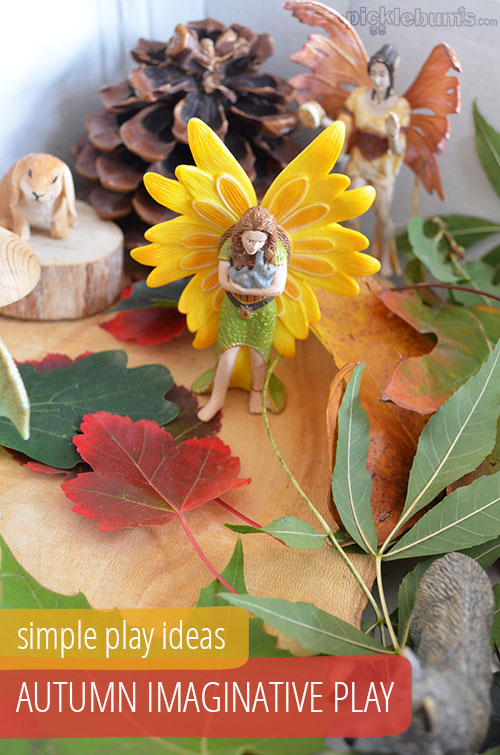 We’d collected way more leaves than we needed to do the leaf rubbing activity so I dumped them in the old fruit box that was sitting on the table, I’d deal with them later.

I walked past the box of leaves again a few minutes later and saw that Noah had begun adding items- some stones, some tree slices, pine cones, some wooden blocks and random animals… I smiled and asked if he’d like anything else to add to his box.

“The wizard, a wolf, and some fairies.” He knew exactly what he wanted, and who was I to argue? 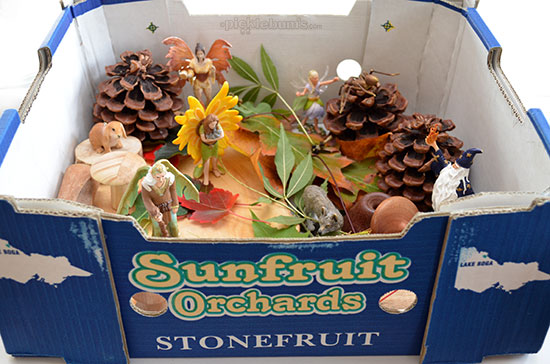 As I wandered in and out, doing the laundry, sweeping the floor, helping with homework, I watched as Noah created a little imaginative play world among the leaves in the fruit box.

He played with his fairy world off and on for more than a week… adding items, crunching up the leaves, and making up stories. 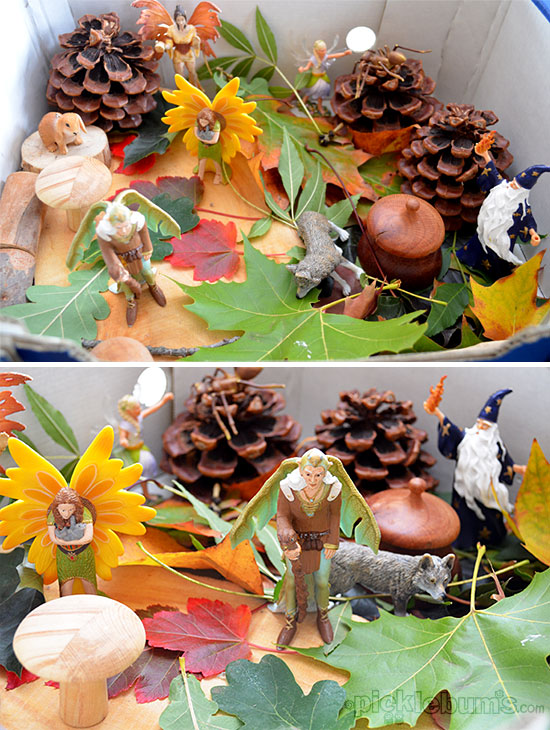 Sometimes we do awesome, fancy, projects and activities… but just as often it is the simple play ideas, the chuck a few leaves in a box activities, that are the best. 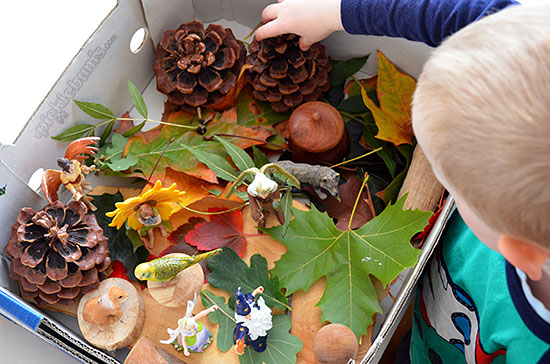 What have you got lying around that you could chuck into a box for some simple imaginative play?