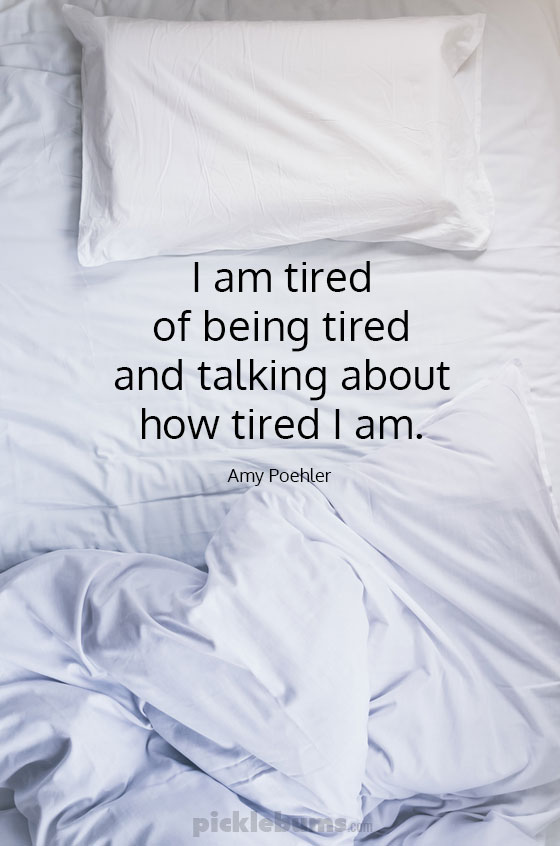 I remember the first few months after I became a Mum…

Our twins were born 11 weeks early and for the first 10 weeks of their lives I expressed every 3 hours and drove in and out of the hospital twice a day. I thought that was exhausting,  but then they came home from hospital, and the lack of sleep I lived through for the next few months was insane.  The tag team crying was utter torture. I’m sure it’s against the Geneva Convention!

When I had my next baby, three years later, I thought I was prepared for the sleeplessness. I mean, it couldn’t be worse than coping with two babies could it? But my middle child was one of those babies who only ever slept for 45 minutes at a time. All I wanted was a couple of hours of unbroken sleep.

When I was pregnant with our fourth child the exhaustion kicked in early. I had no idea how I was going to drag my tired, pregnant, puking, body around for nine months and then live through giving birth and actually dealing with a baby plus three other kids. I really didn’t think I was going to survive it. Thankfully he was a fairly easy going baby and I somehow managed to get enough sleep so I didn’t drive into a tree during the school run, but only just.

My sleepless baby years are well and truly behind me now, and I thought those times of living in a fog exhaustion would be a thing of the past too. But it seems even when your kids are older, even when they can put themselves to bed and sleep through the night, even then, this parenting gig can be totally, utterly, exhausting.

These days it is not so much lack of sleep that exhausts me, though I’m sad to say there are still patches of that. These days it is the constant juggling of everyone’s needs that wears me down and makes me bone tired.

Trying to figure out how to be in three places at once, trying to work out how to manage this crisis or that excitement, worry that wears you down because you just don’t know if you’ve made the right choice or done the right thing. It’s these things that exhaust me now that my kids are bigger.

That and the fact that I burn the candle at both ends, trying to squeeze everything I need to do into the small space of a day.

I do need some more sleep, but what I am actually desperate for is rest.

It’s time to take a step back and schedule in some rest.

What makes you tired these days?

Is it the broken sleep of little babies? Trying to juggle work and family? A child who is unwell of struggling?

How do you cope when the exhaustion overwhelms you?

Home » Why Am I Still So Tired?