This is a guest post from the totally gorgeous Zoey from Good Googs! 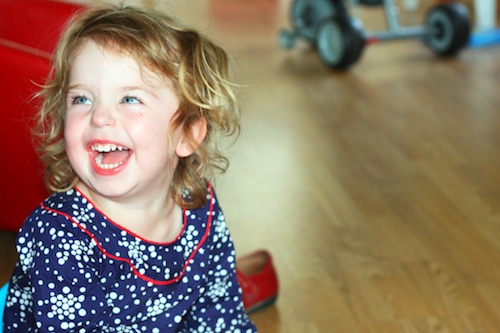 My child is a perfectionist. It’s not a phase. It’s not something that she’ll grow out of in a couple of months. It’s a core part of her personality. It makes her prone to outbursts if things happen in an unexpected way, temper tantrums if people play with her in a way that she hadn’t planned for and high levels of frustration with attempting things that she’s still learning.

I’m wary that it may just be her personality. Would I force her to be outgoing if she was shy? Absolutely not. Would I push her towards being less assertive or less dramatic? And the answer is of course not. But perfectionism seems to hurt her in a way that other things do not. And so I challenge not the part of her that wants to do everything well, but the part of her that wants to do everything in a certain way. That rigid part, that stops her from enjoying spontaneity and the leadership of others. The part of her that makes her want to destroy an entire drawing rather than accept there is a line where she hadn’t planned for one.

When I’m drawing with her, I make sure I draw in an expressive way. I try to draw in an unconventional way so she can see that it’s alright to do things a bit differently.

When she spills something, I never react, even if it’s 6pm and she’s been stumbling around like a drunk midget.

When we play games, I make sure that at least in part we play outside the rules of the game, or at the very least outside her rules.

And sometimes, when she’s being particularly rigid, I accept that we have to stop the play experience entirely.

And when she has a big reaction to a relatively minor thing I try to talk her off the ledge.

But mostly I try to show her that love, affection and shared joy are not tied to success or failure and hope that somehow, someway it’s getting through. Because I don’t want her to be perfect, I want her to be happy.

Home » The Child Perfectionist – A Guest Post from Good Googs.