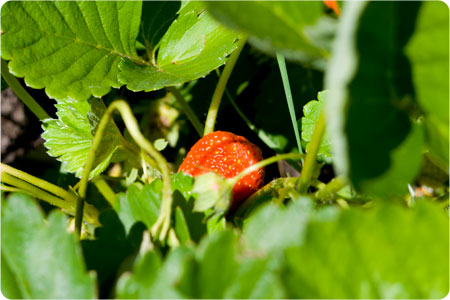 There is a small war being waged out in our garden. It’s me against the snails and slugs.

Two weeks ago the Middle Boy and I planted out the seedlings that we’d lovingly coaxed into life on our kitchen window sill. There were zucchini, water melon, rock melon, tomato, beans, basil, dill, cucumber, pumpkin and squash seedlings, as well as a handful of flowers. The boy and I dug the dirt and pulled out all the weeds (which was hard work after all the rain we’ve had) and cleared a few small patches of garden to plant our seedlings. Then we fed them and watered them.

Three days later the three bean seedlings, which had been threatening to break through the kitchen window they were so large, were gone.

Just one pathetic little stalk left in the dirt.

A few days after that the zucchinis met a similar fate.

I suspected snails and slugs so we set some beer traps and we caught a couple, but still the seedlings were being chomped on. One squash plant vanished over night. Completely. Nothing left. Not even a stalk.

We stepped up our campaign a notch and I started encircling our seedlings with crushed up egg shells, supposedly the snails and slugs won’t cross that barrier.

Then the melons disappeared and some of the tomatoes too. Then, something began chomping on the unripe strawberries!!! This meant all out war!

In a perfect world I’d use only organic, eco friendly pest control methods, ala the beer traps and crushed egg shells. But obviously my world is far from perfect so I went for the nasties…. I snail baited. Under child safe, pet safe (not that any of the chooks, ducks or guinea pigs are allowed loose in the garden at the moment anyway) little shelters of course, but still…. I doshed out the poison.

There has been lots of casualties, the carcases of snails and slugs are piled high in our garden at present, many more than ever died at the drunken snail parties in the beer traps. While I am not proud to have reached for the poison I am feeling the heady highs of revenge. Take that you nasty little seedling munching buggers! You won’t deprive my family of fresh fruit and veg any more!

So I’ve planted another round of seeds to replace those plants that took a hit in the great snail and slug wars of 2010. I am hopeful that our initial encounter has sufficiently depleted the enemies numbers so that eggs shells and beer will be enough to maintain the status quo until the seedlings grow to such a size where they can handle a little nibble now and then. You see I am not all evil dictator… I will share, as long as there is some left for us as well!

For a while, all was quiet on the battle ground. Until, this morning I discovered more holes in my strawberries and one pumpkin plant decimated!

How can that be?
Has the poison lost it’s power?
Or am I facing a new enemy?
Ear Wigs perhaps?

And so the war goes on.

Does anyone have any good eco friendly tips for dealing with snails, slugs and ear wigs? Or suggestions as to what else could be eating my seedlings??