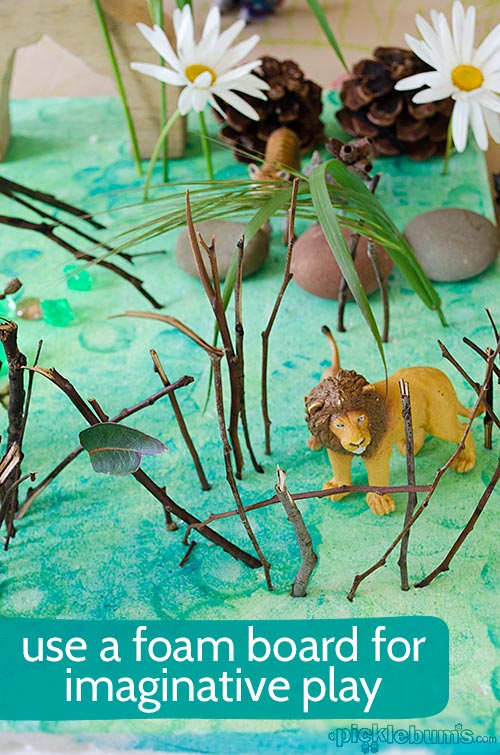 One good thing about the never ending renovations is that there is always a steady stream of interesting boxes, packaging, and building left overs to play with. Recently our shower screen came packed with some big, foam boards. Of course I stashed them away somewhere safe because I knew they would be good for something, sometime.

The other day Noah lost his mind because he couldn’t make the blocks stand up the way he wanted to make a house for an animal. While I tried (in vain) to explain why I couldn’t change the laws of physics to make the block sit just right I had an idea! I knew just what to do with one of those foam boards!

It stared out as a fun painting activity. 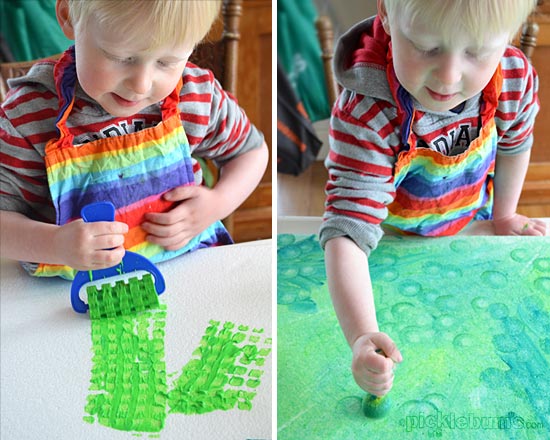 Noah went to town with his foam brushes and rollers until the whole board was covered and we set it aside to dry. 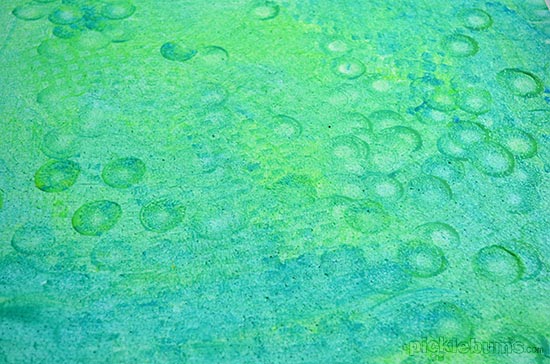 The next day I set the foam board up on the table and collected a few bits and pieces similar to those Noah had been playing with when he’d had the melt down. Some animals, some elves, some plastic gems and some blocks. Then I went outside and collected a bundle of small sticks, a few flowers and some sprigs of grass.

By now I had Noah’s attention, and as he climbed up on his chair I stuck a few sticks into the foam and said…

“Do you remember the other day when the blocks wouldn’t stay where you wanted them? Well you can poke things into this foam and they will stand up!”

“Oh!” was the only response I got as he immediately started poking the sticks into the foam… 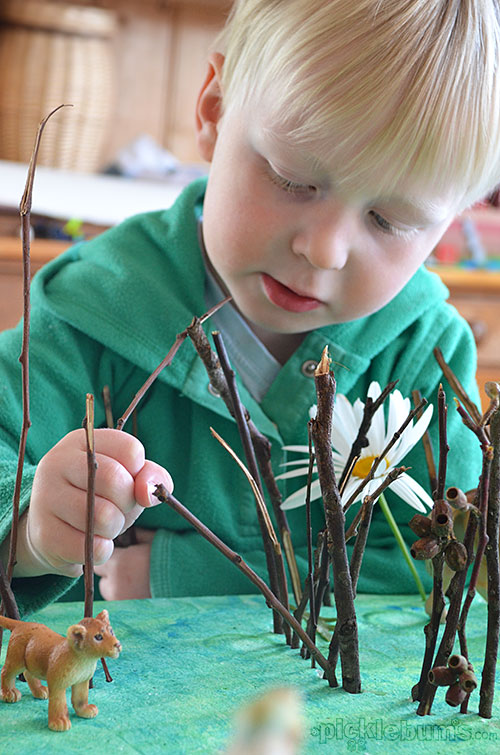 He poked in lines of sticks and arranged blocks to make a house for the horse, and then one for the lions. 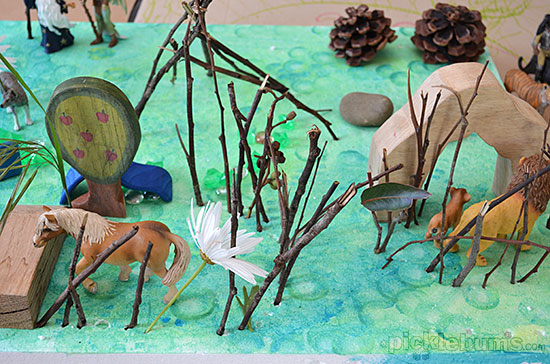 He trotted back and forth gathering some other bits and pieces, some extra people, and more animals and added more and more things to the scene. 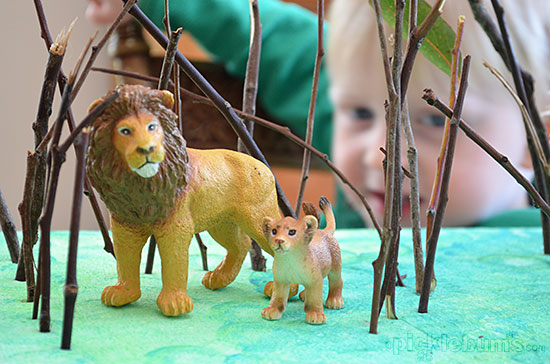 Noah is three and this combination of building and imagination is right up his alley. Plus it put his fine motor skills to the test with all the poking and it saved me from another melt down!

We still have a few more foam boards…
I wonder what we could do with them?