I know he is lying.

I know he did it.

And yet that sweet little innocent four year old is looking me straight in the eye and lying!

My baby is lying to me!

It feels so disrespectful. If feels like such a betrayal! It feels like he is just one step away from stealing cars and dealing drugs! 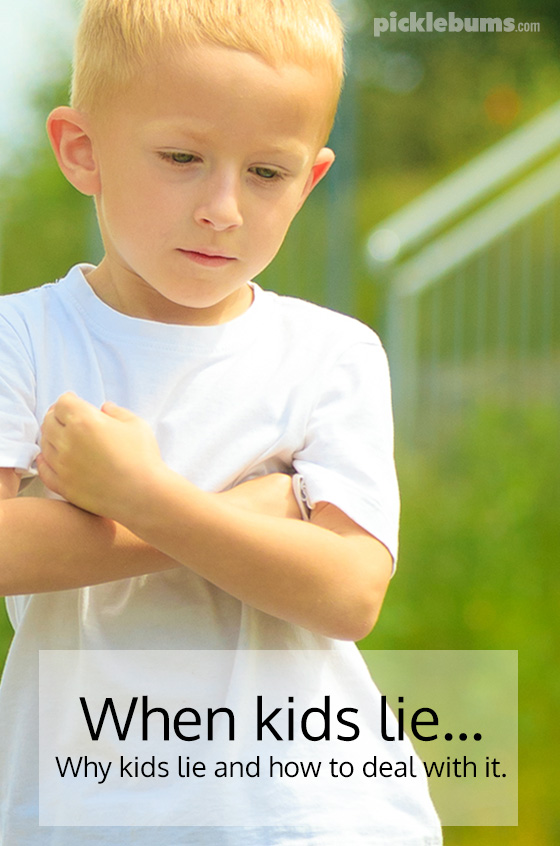 There are lots of reasons why kids lie, and usually it is not because we have failed as a parents and are raising a future criminal, usually

Lying is not a simple behaviour… there are lots of things at play when a child lies ( when anyone lies ) and as always, looking at the reasons behind the behaviour and working out why your child felt they couldn’t be honest, helps us work out the best way to respond.

Why do children lie?

Most very young children do not have the cognitive development to lie to purposely deceive.

Up until around age 5-7, kids are still trying to work out the difference between facts and fiction. The line between between what is real, and what is made up, is a lot blurrier for them than it is for us adults and they need lots of practice to work it all out.

Often a little child lies because that is how they want things to be. So what we see as an out and out lie is often more of a fantasy, or wishful thinking.

They might tell elaborate stories that are clearly untrue, and swear they are being honest, because playing with fantasy and reality is how they learn. It is how they work out what is and isn’t real, and when they can and can’t make things up. Little kids often experiment with lying. They need to try it out to see how it feels, and how it works.

These little kid ‘lies’ are learning opportunities. This is your opportunity to help your child learn about why honesty is important, and to set the scene for how things will be handled in the future.

As kids get older and they begin to have an understanding of honesty and deceit, in most cases an older child lies because that seems preferable to them, in that moment.

A lie might seem preferable because they are afraid of getting in trouble or disappointing someone. If they have been shamed or punished for making a mistake or a bad choice in the past it seems totally logical to try and avoid that with a lie.

Sometimes big and little kids lie to test the boundaries. They are testing (sometimes subconsciously) to see where the limits are, to see if you will follow through, to see how much control they have.

When a child lies it often tells a story about something other than the lie itself. That ‘other thing’ is usually where need to direct our attention, not to the lie. 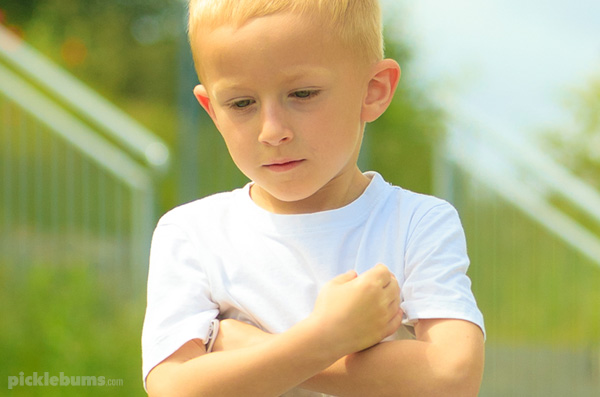 What to do when a child lies

For little kids who are lying because of wishful thinking, or because they are learning and experimenting, simply acknowledging the truth and reassuring them that you love them no matter what is often the best way to react.

For older children who lie because they are worried about what might happen if they tell the truth, then punishing them for lying just sets us up for the vicious cycle to begin again.

That doesn’t mean we don’t address the problem, but you need to look at what is behind the lie, and gently and patiently respond with understanding and confidence.

You can acknowledge the lie, reaffirm the boundaries, and help your child make things right without calling them a liar, shaming them, or risking your connection.

Calmly state the facts of the situation without accusations – “You wished your brother didn’t get hurt, but he did…”
Clearly restate the limits – “It’s not ok to hit people…”
Ask for things to be put right or remind them how to do better next time – ” Next time you are mad abut him taking your stuff, ask me and I will help you deal with it.”

You also need to talk to your kids about trust and honesty.

Explain what trust is and why honesty is important to your family. Talk about how tricky honesty can be (why are some lies ok and others aren’t?) and do your best to set your kids up to tell the truth. That means creating an environment where they can make mistakes or tell you their problems without getting in trouble or feeling bad, that means not knowingly creating situations where they are set up to lie (don’t ask them if they have done something if you know they have) and that means setting a good example and being honest yourself, even when it is not easy.

In some rare cases, lying can be part of a pattern of other, more serious, behavioural issues. If you feel like your child’s lying is excessive and/or there are other things going on as well, then seek some professional advice.

As with so many behavioural issues, working on building a strong, loving, connecting with your child is key.

It’s not that our kids won’t ever lie if they know they are love unconditionally, it’s more that when they do, you will be able to work it out together. And you’ll know that even though all kids lie sometimes, it’s not the big huge, one step away from a life of crime, thing that it feels like.

56shares
Home » What to do When A Child Lies