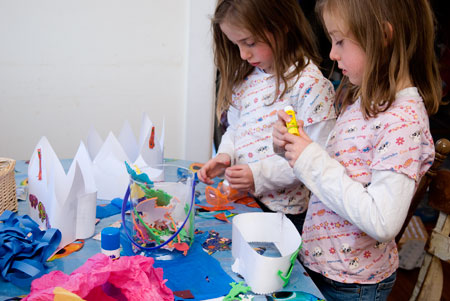 For a long time the Twindoes declared that when they grew up they would be princesses and live in a castle with two (yes two) bedrooms, one for them and one for Muski.

These days they have gotten a little more ambitious.

When Izzy grows up (when she’s ten), she is going to be a vet. Not just an ordinary vet, but a vet that works at a zoo, with nocturnal animals. Either Healsville Zoo, or maybe Colchester Zoo (we’ve been recording the Zoo Days show on ABC 2 for them which is about Colchester Zoo in England).

Zoe, on the other hand is going to be an…. an… an… En..to..mol…. A person who works with bugs. Baby Bugs. But not at the museum because the bugs are mostly all dead there.

Oh and they both plan to be prima ballerinas too….