So I have this great giant baked berry pancake of awesomeness recipe that really and truly is awesome. My kids bug me to make it all the time, but it involves egg whites, whipping them to be exact, and sadly, my total-cheapskate-only-costs-me-five-buck-second-hand electric mixers broke. They broke!

I thought these ancient mixers would go on mixing forever, but nope. A week or so ago they got all hot and stinky, and they wouldn’t turn off, and suddenly there was smoke coming out of them, and cake mix going everywhere, and I had to unplug them, for good.

So until I replace my beloved handheld electric mixers, there will be no more baked pancake of awesomeness for us… or will there?

Once the haze of smoke had cleared and I’d finally cleaned the last of the cake mix off the ceiling, I decided to have a go at a new baked pancaked recipe, this one is super easy, no whipped egged whites involved. 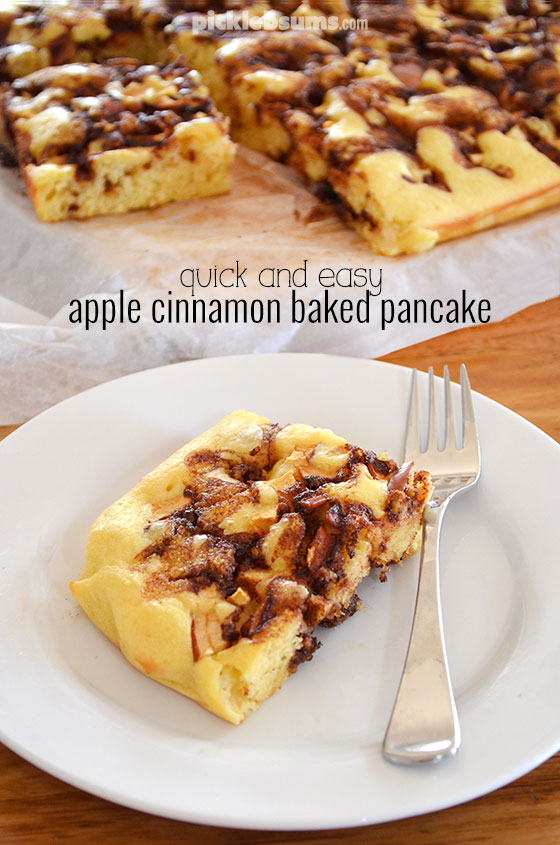 I didn’t really hold high hopes for it being as good, but I’ve made it four times in the past two weeks so I think that means I was wrong.

Ok so it’s not as light and puffed up as the baked pancake of awesomeness, but it is so darn quick and easy to make and that counts for a lot.

Plus we added chopped apples and drizzled the whole thing with a totally over the top cinnamon, sugar and butter mixture. Everything is better with apple and cinnamon don’t you think?

You’ll need a nice big pan to make this because you don’t want it to be too thick, we make it in a roasting tray lined with baking paper.

You can use any kind of apples you like, peeled or unpeeled, but don’t scrimp on the cinnamon topping!

To make the pancake mixture:

To make the cinnamon topping:

Putting it all together: 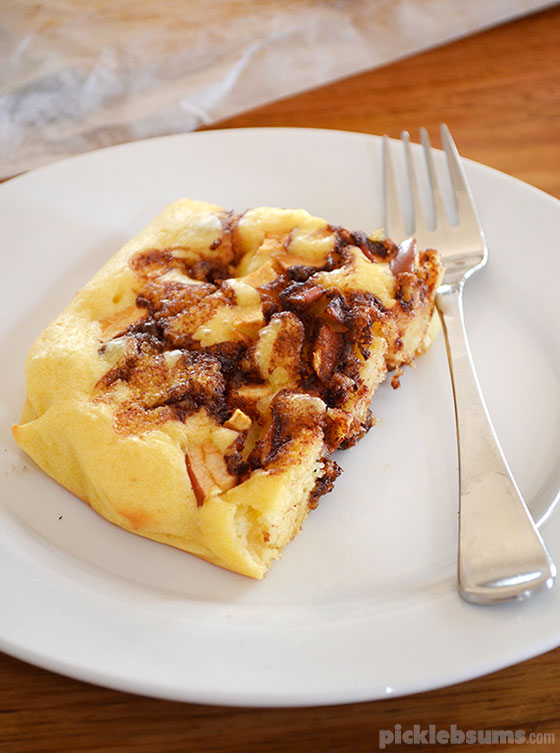 This baked pancake tastes so good warm and bubbling straight from the oven, but it also keeps in the fridge for few days and reheats well for a quick treat at breakfast.

So now the only question is…

Do I replace my ancient electric hand mixers with another set? Or do I splurge on an expensive stand mixer instead?

Who’s got a stand mixer that they love?
Was it a super expensive one?
Do you use it all the time?
What do you use it for?