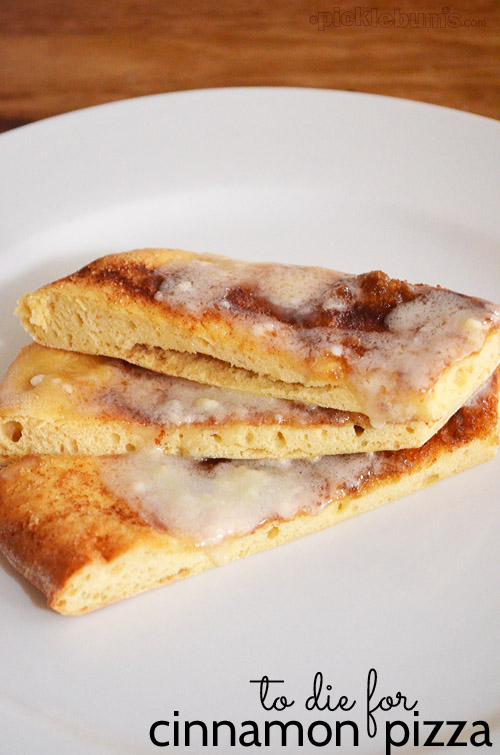 No really… I love them.

All that cinnamoney flavour and that sticky yeasty goodness. I could eat them for every meal and die happy (probably from a sugar overdose).

For a while I attempted to make the perfect cinnamon scroll at home, and I didn’t do too badly. But what with all that kneading and scrolling and waiting for a good second rise and trying to get them cooked in the middle but not too dry on the outside… well, it was a lot of work, so I didn’t make them very often.

That aversion to hard work is probably what saved me from that sugar overdose and has kept me alive so far, but now… now I am doomed.

I am doomed to fall into a cinnamon sugar induced coma at any moment because now I know the secret to all that cinnamon-ey goodness in about half the time and a quarter the effort. Cinnamon Pizza. 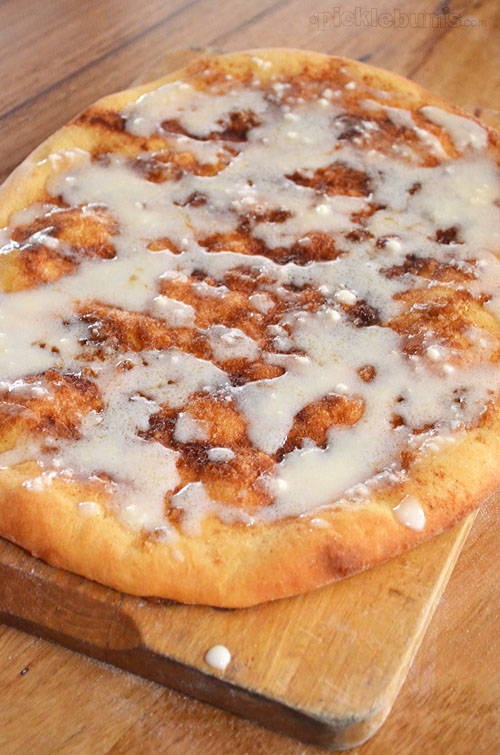 Just let those amazing words sink in for a moment.

All the awesomeness of a cinnamon scroll without the second rise and baked in about ten minutes. To. Die. For.

Here’s how you do it…


This recipe was inspired by this post from Every Day Occasions – if you don’t want to make your own dough, go check out that post. The sweet pizza dough recipe is loosely based on one from the book Pizza! by Pippa Cuthbert and Lindsay Cameron Wilson. 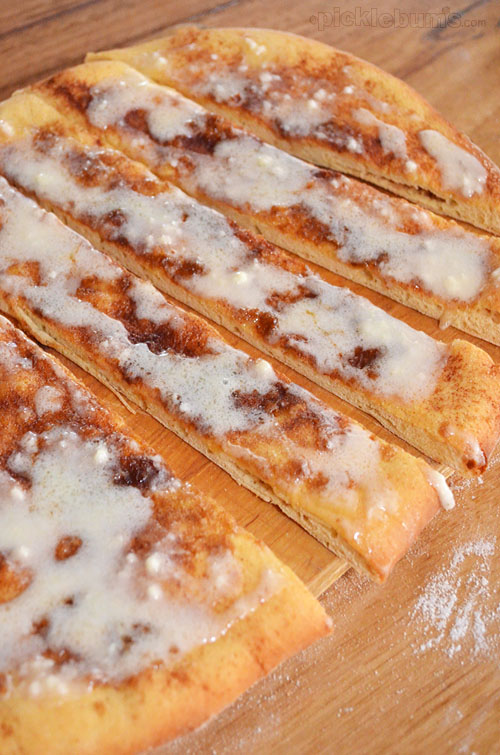 I am truly, madly and deeply in love with this sweet pizza version of cinnamon scrolls. Of course my kids love them too, but that is beside the point.

These really are an easy way to satisfy my cinnamon scroll craving, and even easier since I have two more batches of dough just sitting in the freezer waiting for me.

I am contemplating making another batch while the big kids are at school, propping Noah in front of the TV and eating the whole thing myself. But that would be bad right?