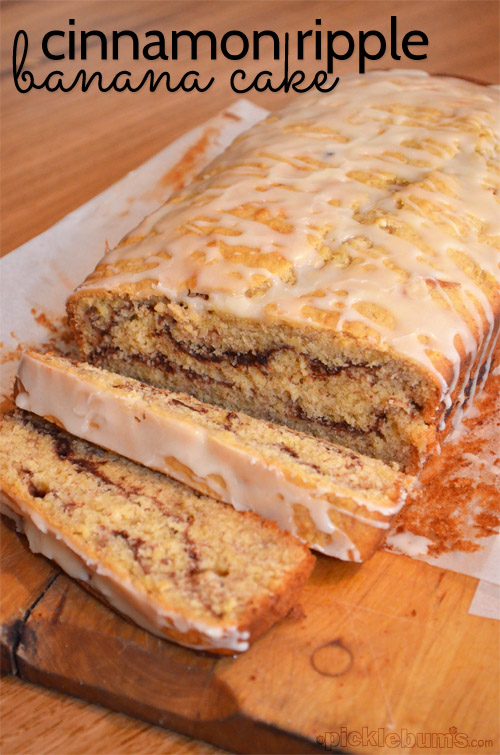 “It’s Sunday… afternoon” he said as he wandered into the kitchen.

“Well don’t you always blog a recipe on Mondays?” he asked, all casual like.

“Usually, but not always”

“So don’t you need to cook something… today… now… like a cake?”

Ahh so the truth comes out. My husband is using my blog against me in a thinly veiled attempt to get me to bake a cake for afternoon tea. And what’s worse, he got the kids to gang up on me too.

What do to in the face of such an onslaught? There is only one thing for it… I baked a cake. 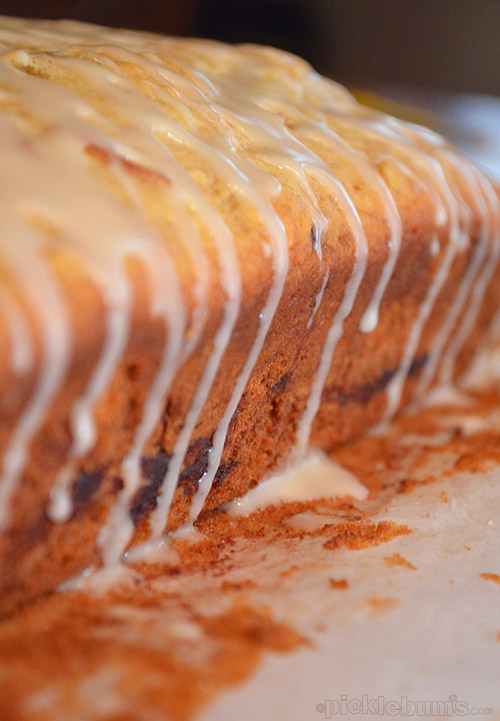 This is really just a basic banana cake with an extra boost of cinnamon sugar goodness, inspired by A Whisk and a Prayer’s Cinnamon Sugar Bread. It’s quick and easy and tastes oh so good… especially with the icing drizzled all over it. 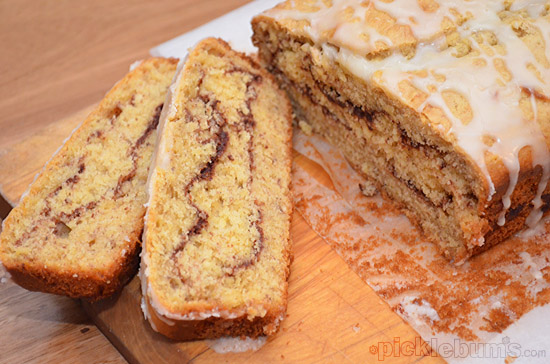 Do you have a favourite quick and easy cake that you bake when everyone gangs up on you?