He throws himself on the floor and cries.

Perhaps his arm is broken, or I’ve just shoved bamboo wedges under his finger nails… or perhaps he is just being a pain in the bum, pushing my buttons, being a ‘terrible two year old’. 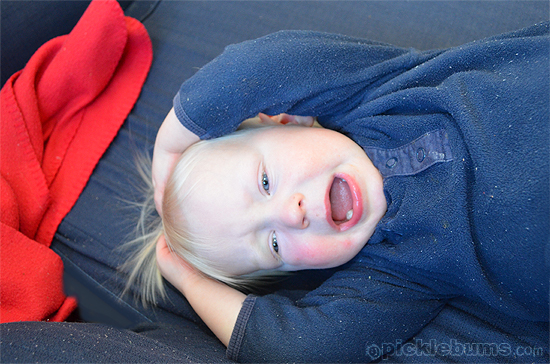 His arm is definitely not broken, I don’t have any bamboo wedges handy and as for those last few ideas? I wonder if those are just created by a society that often sees parenting as an ‘us against them’ game of control.

I fall into that trap myself every now and then.

When he is throwing a whopper tanty or yelling “no!” in my face, I often jump to the conclusion that he is doing that just to annoy me, to be contrary. It’s easy to feel that way with a toddler, but in reality, he is a small person who is most probably confused, frustrated and just plain sad.

According to Child Development theorists, at 23 months old Noah hasn’t long figured out that he is actually a separate person to me or others, and he is still very ego-centric. That means that he can’t possibly fathom that I don’t feel the exact same way that he does. He really can not see things from my point of view.

When you know this little tid bit of child development theory, the idea that a toddler is even capable of doing something just to annoy an adult seems a bit silly. But when you are there, in the moment, that little bit of knowledge doesn’t always pop into your head, and it doesn’t always make it any easier to deal with the situation.

What I’ve been trying to remember, right then, in that kicking screaming moment, is to find compassion for my child. 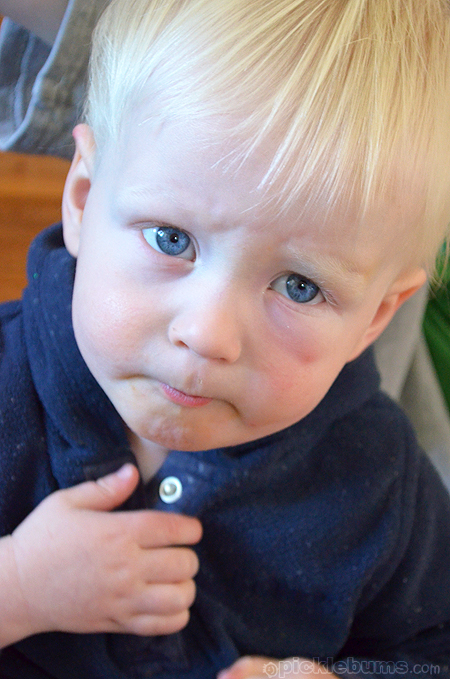 If I can find compassion for him, then I can remember that the tears are probably because he is frustrated.

He is only just figuring out that if he wants a drink, he needs to ask for it, that I won’t simply know that. And he is only just learning the words and non-verbal ques to use to ask for that drink. That stuff is hard when you are almost two. And when it doesn’t all work out the way it is supposed to, then all these crazy feelings come bubbling up until all he knows how to do is throw himself on the floor and howl.

If I can find compassion for him, then maybe my response will come from love and understanding, instead of anger. Or maybe all I can do is keep my mouth closed, not yell, and be present while he wails, because I am not a perfect parent… but even that is better than nothing.

Finding compassion for my child doesn’t mean that he gets everything he wants. Sometimes I will still say no, sometimes I can not change the laws of physics and sometimes we will still have to go… but I will tuck him, kicking and screaming, under my arm and go with compassion, instead of anger…. or at least that is my goal.

Do you have any tips for dealing with tantrums?
Any great ways to remember to have compassion for your kids?

(And yes, Noey is sporting a pretty spectacular ‘black eye’ at the moment after launching himself off the couch into the side of the coffee table. It’s actually all colours of the rainbow… the photo doesn’t do it justice.)

Home » Find Compassion for your Child.