It started out with a simple idea for drawing, and soon became something totally different!

These printable grids have become a great tool for art, maths, fine motor and even language play and exploration! 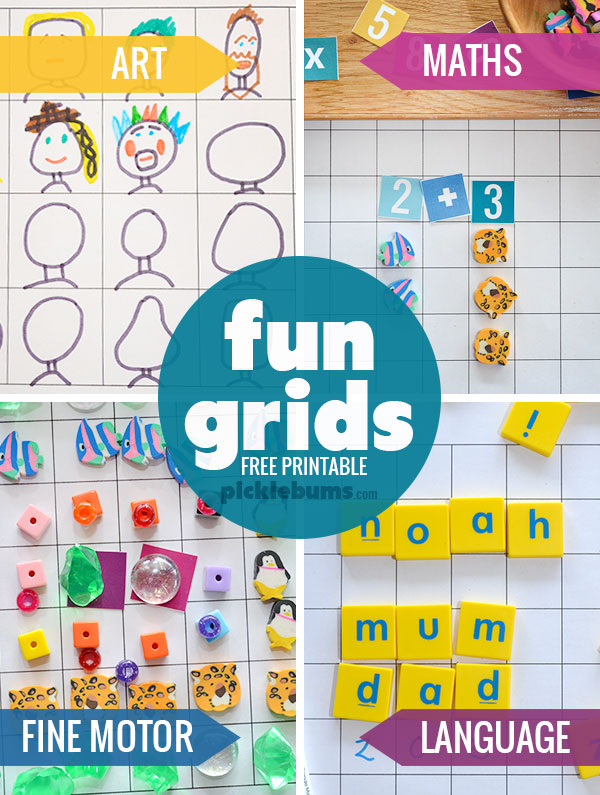 In the beginning the grid I created and printed was for drawing some zentangles and patterns. Morgan loves these and he and I had fun filling in squares together, googling to find new ideas.

Morgan and I tossed around a few ideas, and then Noah got in on the action, and suddenly I found myself creating grids in several different sizes, along with some numbers, symbols and squares to match!

It turns out there are just so many ways you can use these fun printable grids! 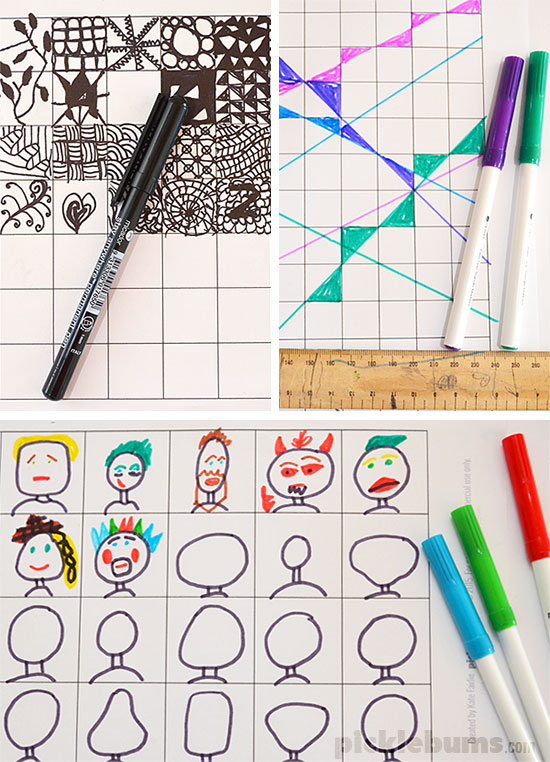 We filled each square with a zentangle, pattern or tiny drawing.

We used a ruler to draw lines across the grids and make interesting patterns to colour in.

I drew a gallery of blank faces on the largest grid as a fun drawing prompt that all the kids loved filling in.

While Morgan and I were busy using the grids for drawing, Noah (4 and a half) also wanted to get in on the action and so we made some more grids and added some numbers and accessories for maths play. 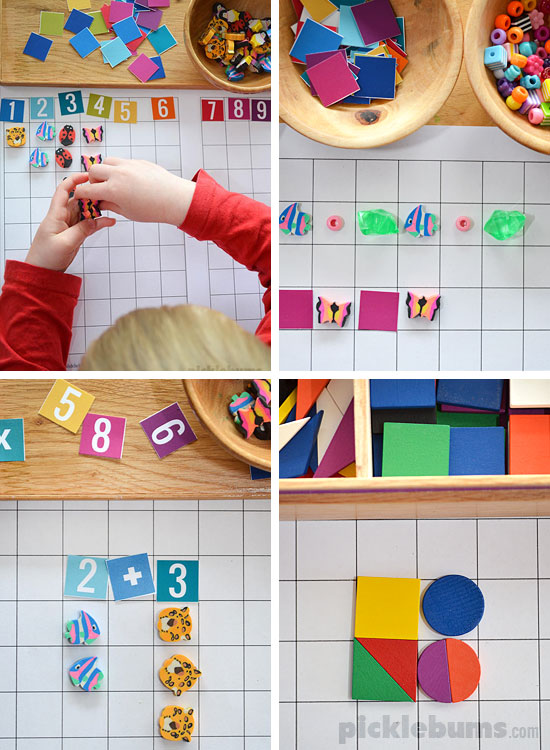 Noah is working on number recognition and basic counting – he counted the correct number of counters (we used little erasers) and placed them under each number and was very proud of himself.
He also had fun with patterning and sequence – I made a basic repeating pattern on the grid with loose parts and the coloured squares and he continued them.

He also used some of our spielgaben pieces to work on some fractions – creating them with the wooden tiles and then later drawing his own.

Setting the grid up with an number and letter axis we also had a game of battle ships! Start out with the largest grid for an easy game then try the smallest.

You could also use the grids for some simple graphing.

Noah loves loose parts and adding a selection of counters and bits and pieces to the grid make for great fine motor play and lots of eye-hand co-ordination. 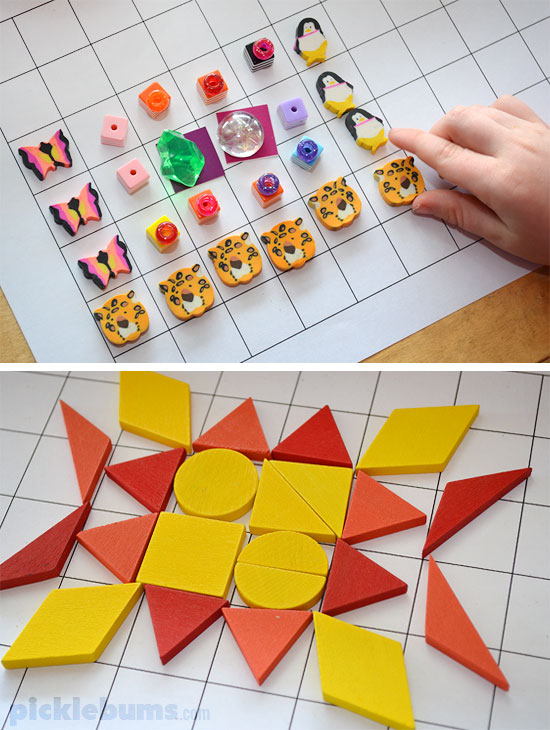 Noah loved setting out the pieces in patterns, even balancing them on top of each other, using lots of fine motor skill!

The speilgaben tiles were also fun for making patterns.

By a happy coincidence our Scrabble Junior letter tiles also fit perfectly onto the third grid. 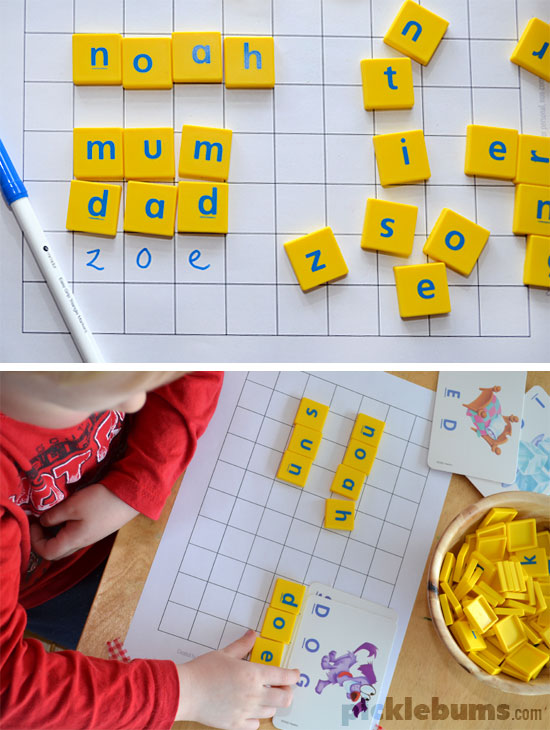 Noah worked hard finding the letters of his name and then matching letters to make the names of our family.

Later he had a go at matching lower case to upper case letters, using the boggle junior cards. 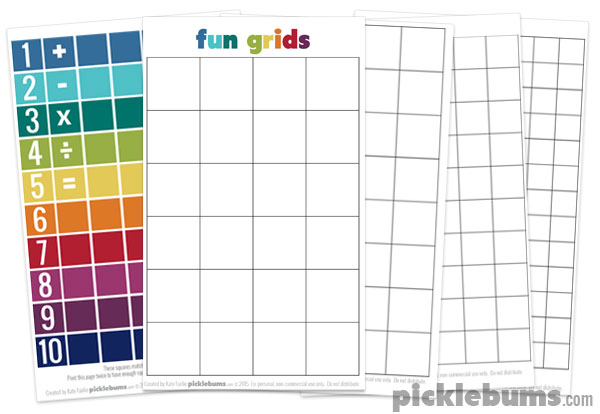 You can download our set of fun printable grids here

The set comes as an A4 sized pdf file. There are four differnt sized grids and a page of numbers, symbols and simple square counters which fit the grid on the third page. To have enough numbers, and counters you’ll need to print this page twice.

How would you use these printable grids?