Do you want to set up a cool imaginative play scene that’s a little messy, maybe a little wet, but you don’t have anything to put it in?

All you need is a cardboard box and a garbage bag. 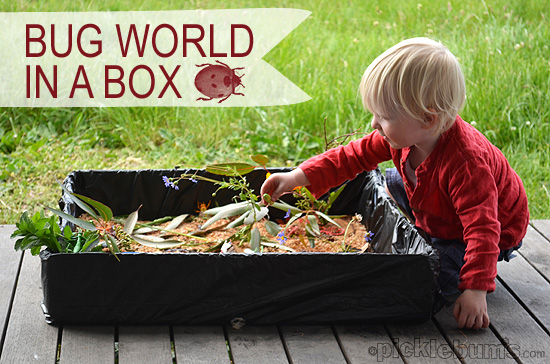 For the Halloween disco at school, Izzy went as ‘bug girl’ with lots of plastic insects sewn all over her clothes. It was a very cool (and very easy to make) costume, and after she was done being bug girl we had heaps of cool insects to play with. But there were a lot of insects and all four kids wanted to play and they wanted a ‘lake’ so I needed a big container…

We have plenty of boxes thanks to new kitchen cupboards and appliances, so I grabbed a large low sided box and a garbage bag. We cut down one side of the garbage bag and opened it out, then used it to line the inside of the box, taping it to the edges. It won’t stand up to being filled with water but it will manage some spills and contain the sawdust and other materials. 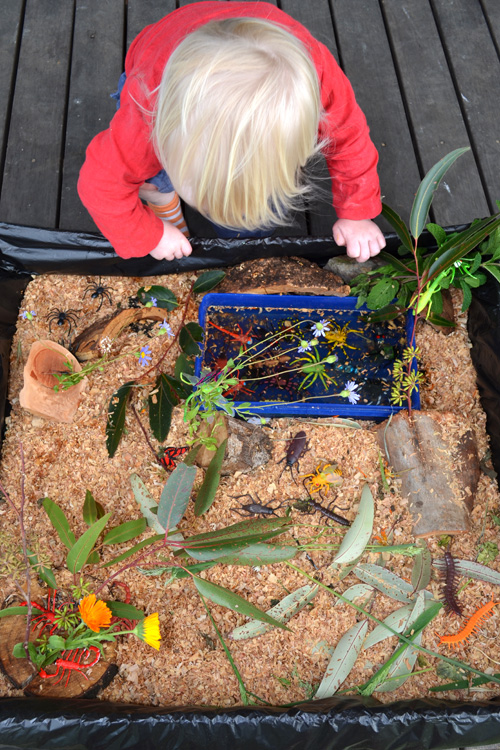 Into our bug box went some saw dust and a container of water to become a lake. 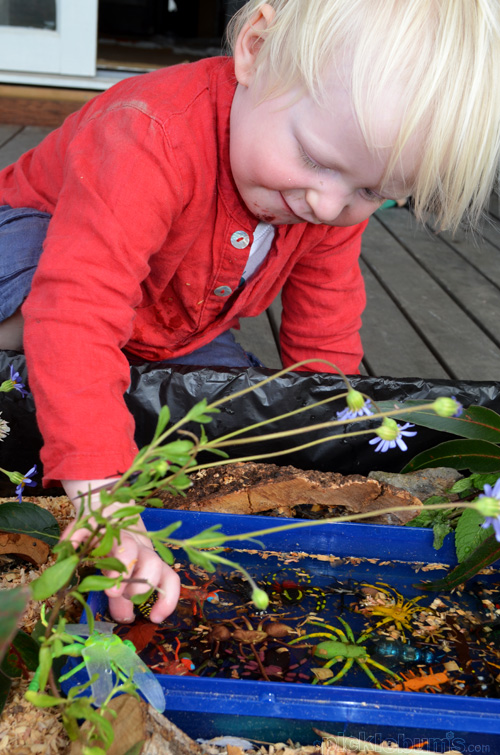 We rescued some scraps of wood from the fire box and added them too. The cracks in the wood are perfect for wedging sticks and flowers into so they stand up to make homes for butterflies. A rock or two and various leaves, branches, flowers and foliage and we were set for lots of fun bug play. 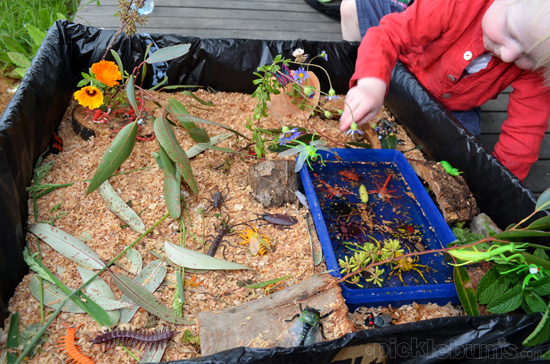 The spiders all moved in together…. 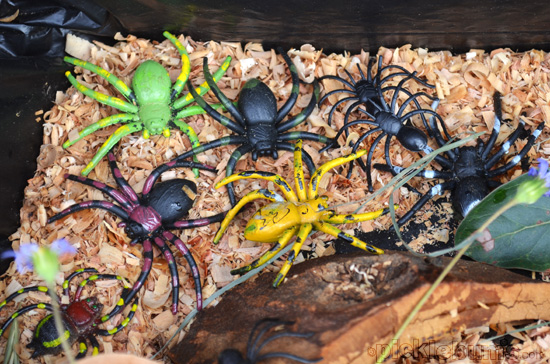 And the scorpions had seeds for dinner… 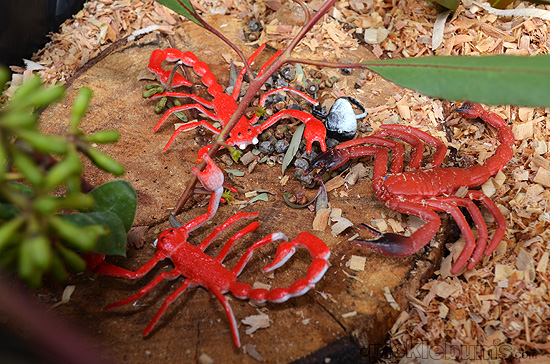 A box, a garbage bag, some natural materials and some bugs, all you need for lot of lovely bug play… as long as you aren’t scared of spiders! 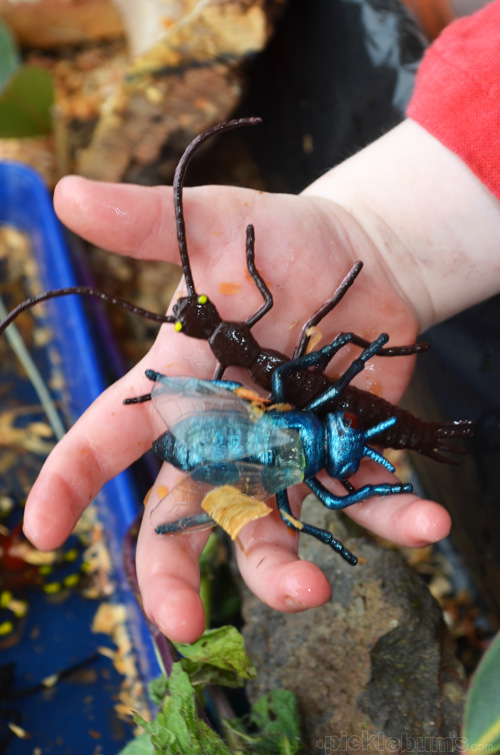