I was recently asked how I get my kids to ‘just play’.

“How do I get them to play independently, on their own, without wanting me to join in all the time?”

I don’t think there is an easy answer for this.

I don’t know any special activity or trick to getting kids to play without much input from their parents. Every child is different, every family is different. I just don’t think there is one magic answer to any parenting question because so much depends on your own individual circumstances.

It should also be noted that I don’t expect my kids to play totally on their own, without any adult interaction at all, ever. I am almost always within ear shot, and most often they are playing right next to where I am working (and by working I mean cooking dinner, folding washing, working on the computer etc…).

I’ve blogged about this before when I answered the question “How do you do it all?” but today I thought I’d share some semi-independent toddler play that happened here today.

Often I join in the play while I’m doing other things, drifting in and out, especially if Noah is home alone with me. Sometimes I’ll set up an activity or a little play space, especially if everyone is a little ratty and in need of direction or distraction. But I don’t expect to be 100% involved in their play.

I set up some farm animals with some of the wooden fences and went to answer some emails, a metre or so away. 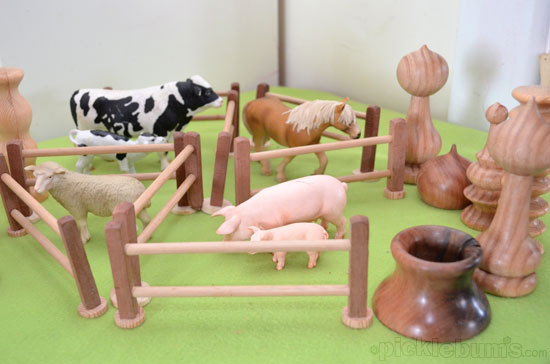 Noey came over and rearranged the animals how he wanted them.

He bought each animal over to me and told me the noise they made. We chatted about animals, and I sang Baa Baa Black Sheep with wrong words…

“Baa Baa white sheep have you any wool?
Yes sir, yes sir, three bags full.
One for the horse and one for the pig,
And one for the cow who did a little jig.” 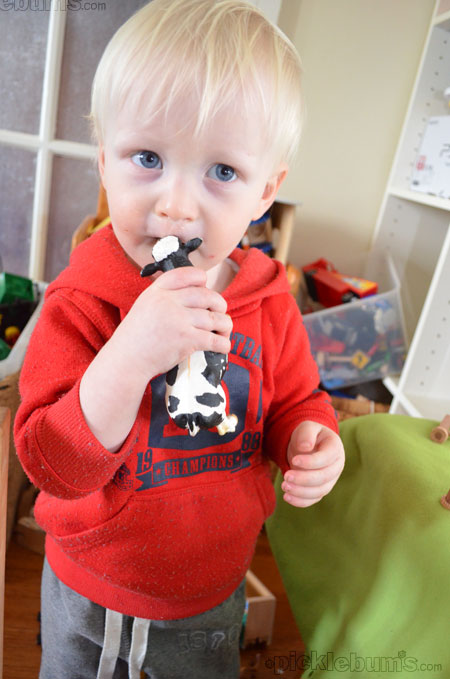 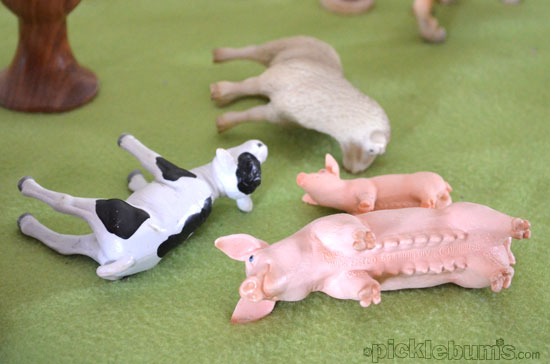 And put them to bed. 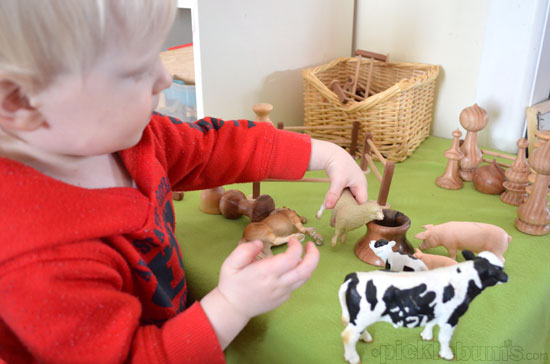 Then they needed some food… and so our afternoon continued along those lines with some duplo building and the occasional book or bad song thrown in for good measure.

So you see, no magic tricks, nothing fancy, just a really simple activity that I knew Noah would be interested in and be able to play with on his own.

What’s your kids favorite super simple activity at the moment?
How do you encourage your kids to ‘just play’?