I don’t go to the big shopping centres often any more, and even less often do I go with all four kids in tow. But it is school holidays and we are meeting Dad at the cinema so the big kids can go see Ice Age 4. It only takes us about five minutes to wind our way from the car park, through the crowds, down two levels to the cinema, but in that time 5 different people have commented on my family.

At least the last idiot called me ‘love’, you know… to soften the blow of a random stranger poking their nose into my business. 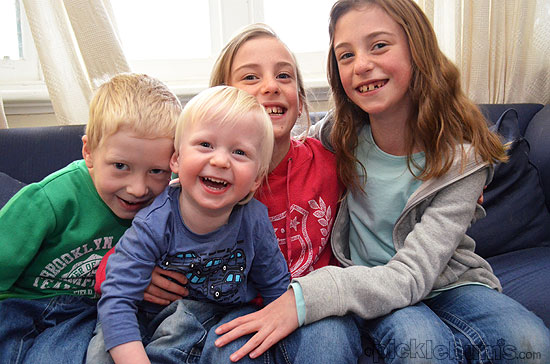 Yes – they are all my children, all four of them.

We have a fairly good idea of what ’causes it’ and happen to think we are actually quite good at it.

And yes, we have a TV, two in fact, thanks for being so concerned about my media habits.

I don’t understand why people think it is ok to pass comment on a strangers family, sexual habits, or number of children.

It’s not like my kids were being badly behaved, taking up lots of space, or even being loud, they were walking quietly through the shopping centre minding their own business. If only the rest of the people there would mind their own business too, then I would have no issue.

But apart from that… since when is four kids such a HUGE family?

Since when did four kids become something so strange? Since when is four kids a ‘large family’?

Sure our house might be a little noisier, or crazier, or busier than if we’d stopped at two kids, but it’s not so very different from any other family, really it’s not. We don’t feel different, or special, or insane (well no more insane than I would have been with or without four kids).

Perhaps I am overly sensitive but I see people’s eyes widen a little when I say I have four kids. And then there are the comments like the ones above, or the slightly more polite versions such as…
“You’ve got your hands full” (not so much now they can all walk) or “Wow! That’s a lot of kids!” or “Tell me you aren’t having any more… ha ha”

It’s those comments that make me want to say “You think four is a lot?? We have 18 more at home….” 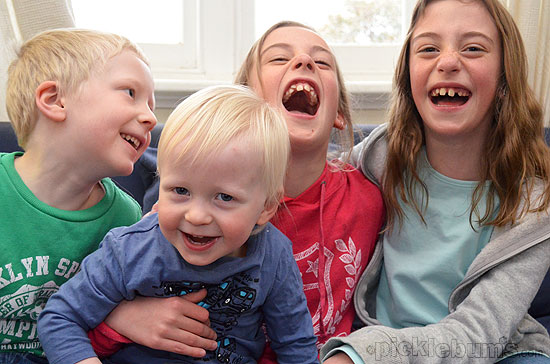 So tell me? Do I live in la la land? Does four kids really make ours a ‘large family’ and something out of the ordinary?

Oh and have you got any great come back lines for random nosy strangers?