We’ve eaten our way through all the delicious spring and summer veggies we planted and now that the weather has turned chilly it’s just about time to give up on the stragglers and rip out all the plants so we can prep the beds for winter. But we still have some veggies that are holding on despite the weather, and there was still some autumn harvesting to be done. 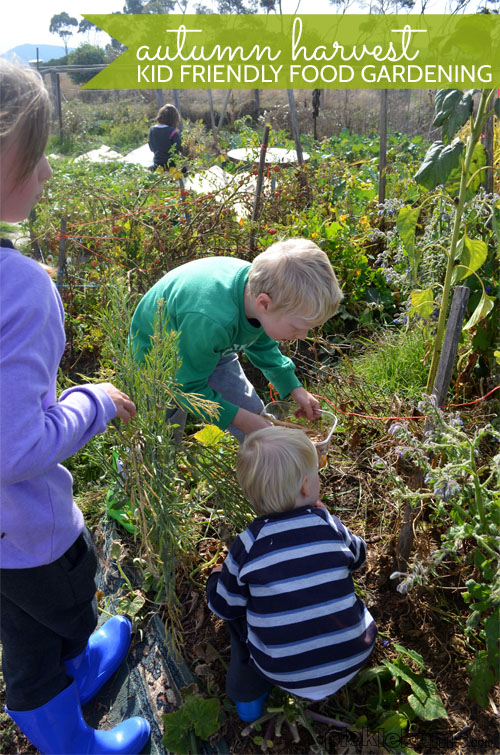 So as the sun shone yesterday I sent the kids out with a mission – collect all the pumpkins, all the dried beans, any ripe tomatoes, and the last two sunflower heads. They came in with a full basket and set to work. 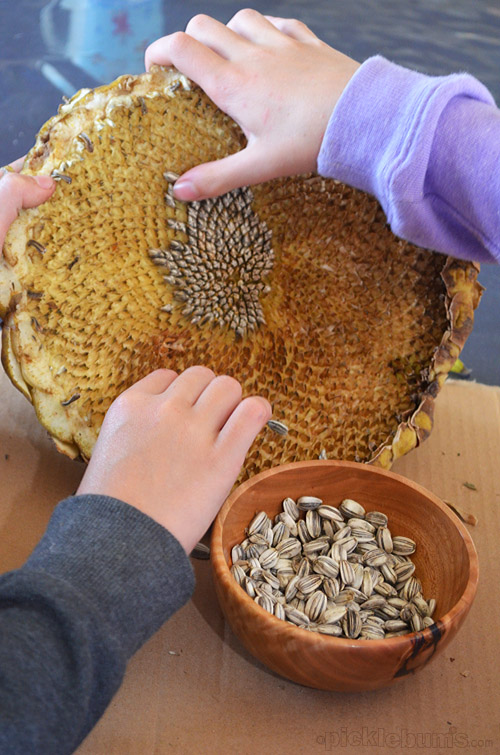 The girls removed the seeds from the giant sunflower which was bigger than their heads! There is still one enormous sunflower that is yet to drop all it’s florets and be ready for the seed to be taken, so there will be an even bigger sunflower to de-seed soon. 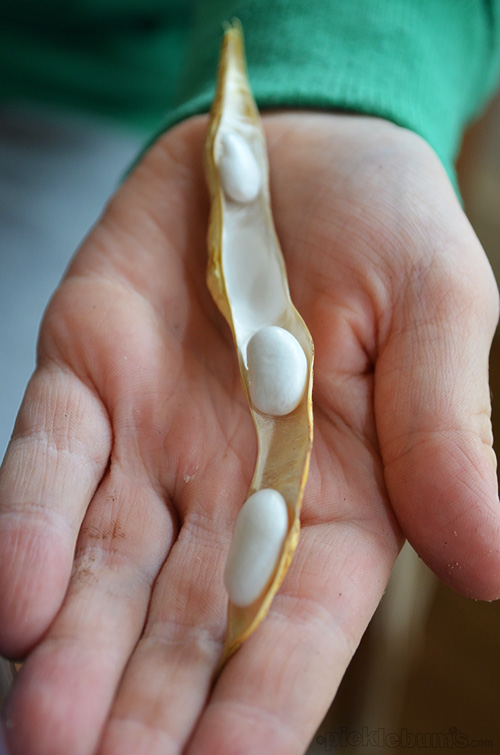 We had so many beans this year that we left many on the plant to dry out so we could collect dried beans. So the boys worked on the beans, opening each bean pod and removing the individual beans, deciding whether it was good to keep or good for the chooks. We’ll save some of these beans to replant next year and we’ll eat some cooked in chilli I expect! 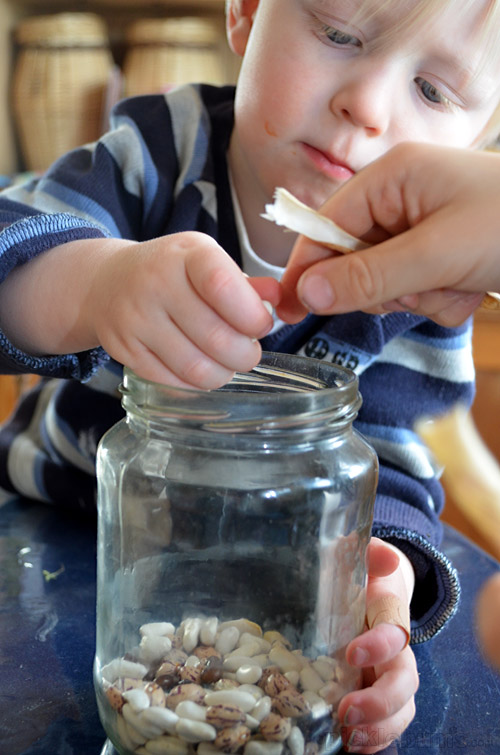 Those two jobs required lots of fine motor skill and persistence. I was impressed with how well Noah did helping out, and pretty soon we were done. Then it was on to the tomatoes. 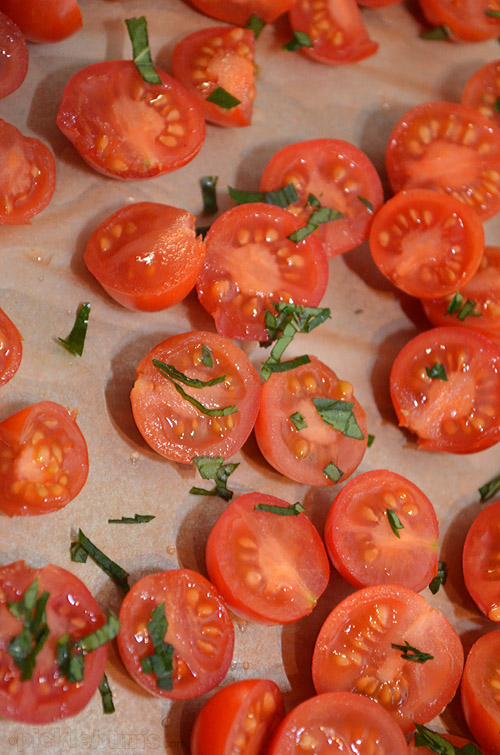 We all worked together washing and halving the cherry tomatoes and popping them on an oven tray. A scattering of fresh chopped herbs and a sprinkle of salt and pepper and they were ready to be dried in the oven.

I usually do these on a day when I am baking lots of other things, and yesterday they went in the oven after we had baked a cake, and then again after I had cooked dinner. I turn the oven off and just leave the tomatoes in until the oven gets cold or I need to use it for something else. It can take a few goes or a couple of extra hours with the oven on really low, but once they are nicely roasted and dried out we pop them in a jar, cover them about half way with olive oil and put them in the fridge. I am not sure how long they will keep this way as they are always gone in about a week at our house!

There are still lots of green and ripening tomatoes, though the plants have seen better days. But we may get another round of tomatoes before the first frost, if we’re lucky. 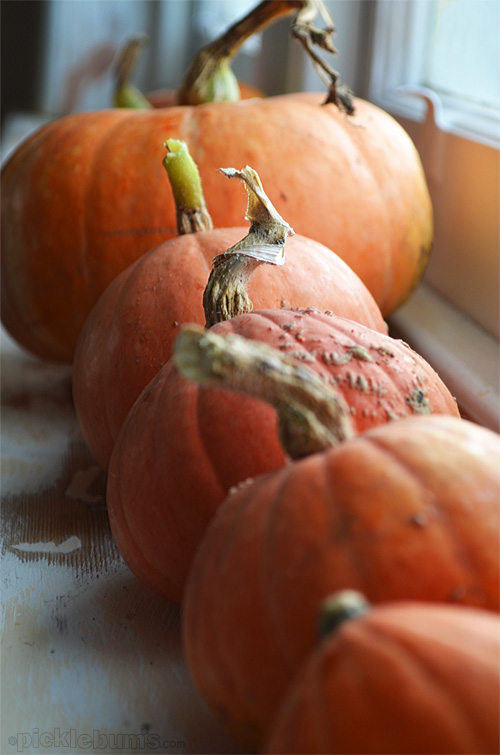 The last of the pumpkins are all lined up along the windowsill. I am not sure if the really tiny ones will be worth eating, but they are lovely to look at and I am sure they will feature in a lot of play too.

We are still getting zucchinis from the garden, but everything else is pretty much over. So while the kids harvested and sorted I spent some time ripping out the old plants and making way for some winter plantings. There is nothing better than taking out your frustration on some poor defenseless, half dead plants!

Once I was done there was room to plant more turnips (more on our adventures with turnips soon), some parsnips, onions, peas, broad beans and the first of the garlic. There is still room for some broccoli and more kale and silver beet, but the majority of the garden will be tilled with the tractor, topped up with manure and then planted with a cover crop for winter. I don’t like the cold, so I keep our winter gardening efforts to a minimum!

What’s growing in your garden? Is it harvest time or planting time?