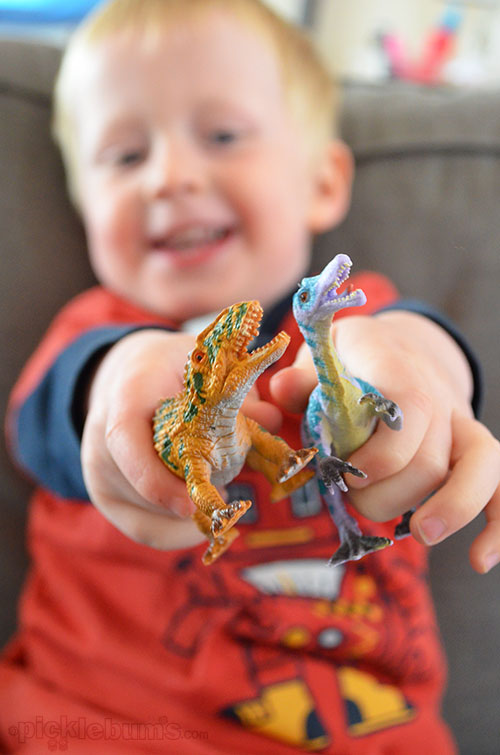 Right now Noah is building train tracks as he sings “star ships are meant to fly-i-i, stand up and touch the sky-i-i…”

It’s a weird combination of a typical three year old love of trains and his older siblings’ love of pop music. That combination sums up my smallest boy very well.

He loves zombies thanks to growing up with everyone playing Plants Vs Zombies around him, but he is still afraid of strange noises and often thinks monsters are in our house.

He shoots his laser gun at everything and is desperate to own a light saber thanks to watching way too much Star Wars, but he also loves play dough and the sand pit and water play.

He knows the password to get on to the ipad and can swipe with the best of them, but he struggles to count to ten correctly.

He sings all the popular songs, but with the cutest miss-pronunciations – “We’re nebber ebber ebber getting back togebber…” 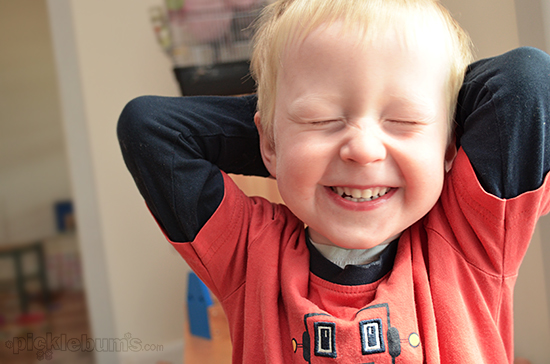 Sometimes it seems Noah has bypassed some of the typical little kid stuff as he rushed to keep up with his brother and sisters. Sometimes I worry that he is growing up too soon and about all he has missed out on… but for all those fears and doubts there is also all the things he has gained from being the littlest.

He has had the instant love of three adoring siblings, a personal cheer squad, and a constant supply of book readers.

He has access to more toys and books and art supplies than any child could ever want.

He has been so many places and done so many things in his three short years. He knows kinder (preschool) so well that he walked in on his first and demanded to know when I was leaving.

And, he has the great advantage of a mother who is not quite so uptight and freaked out as she was back when her first babies were born, or even when the middle on came along.

Being the littlest seems like a weird combination of too much and not enough… but as with all things, with the disadvantages come many many advantages.

Do you have a ‘littlest’ who is grown up and yet still so little?