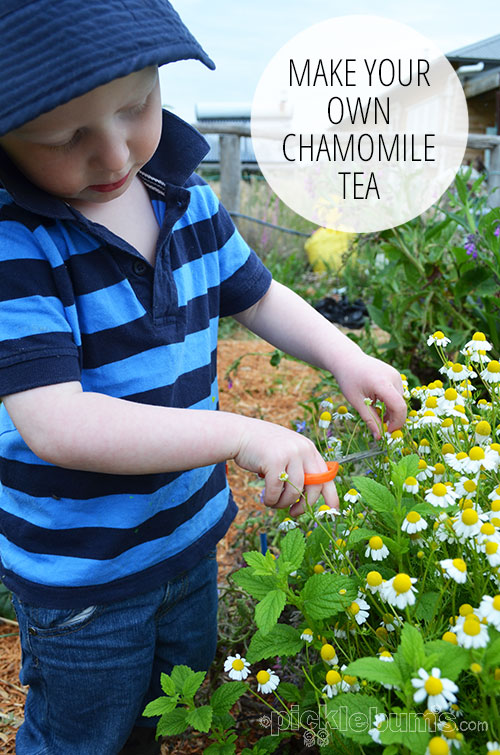 The firs time I tried to grow chamomile I carefully planted neat rows of seeds into nice fertile soil and watered them diligently, and, nothing happened. One stunted little plant grew with a couple of fuzzy leaves but it never flowered.

The following year I chucked what was left of the chamomile seeds into the garden along with some other flower seeds in a last ditch attempt. This time I got a couple of small plants that had one or two flowers each, but that was it.

After those first attempts I concluded that chamomile just wasn’t something that I could grow, and I moved on.

But last year, when the spring rain finally started to give way to some sunshine, I discovered a couple of self seeded chamomile plants, thriving, all of their own accord! I rescued them before the tractor went through and shifted them to the herb bed that wasn’t going to be turned. I wasn’t confident, but a week or two later I had three big chamomile bushes, covered with flower heads!

Don’t ask me what I did to make it grow this seasons, because I have no idea, but I made the most out of it while we had it… I was going to make homemade chamomile tea. 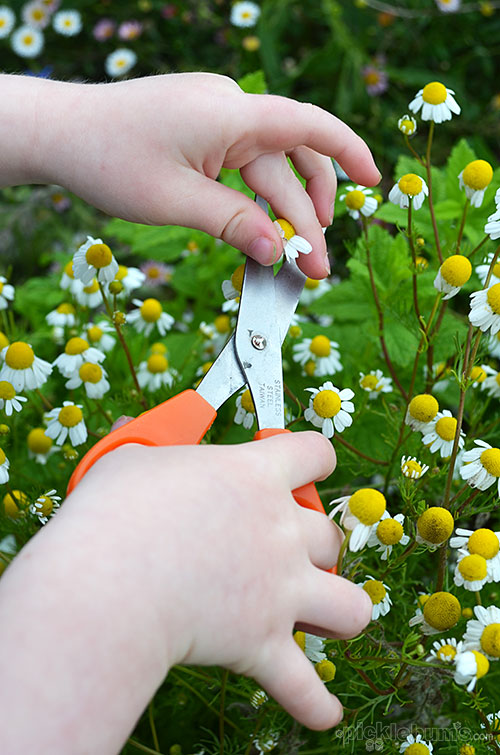 When the chamomile was in full flower Noah and I headed out to the garden with a big bowl and some scissors. It was great cutting practice for Noah who snipped flower heads off the bush and put them in the bowl. We were careful not to get too much stem and no leaves. 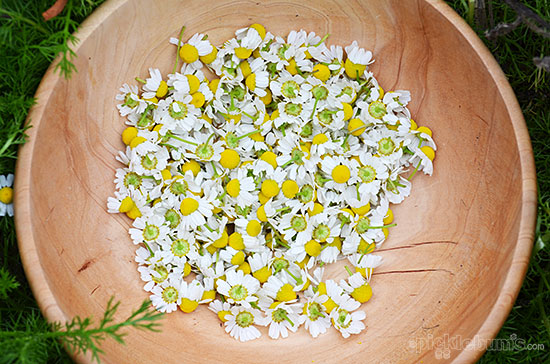 We cut a lot of flower heads on the first day, and a week later we came back and cut a whole heap more. We also picked some mint and some lemon balm leaves to add to our homemade tea.

We could have left the chamomile on the window sill to dry in the sun for a week or two, spread out on some trays lined with paper towel, but since we were given a Fowlers Dehydrator to try, we dried our flower heads in the dehydrator and it took only a couple of hours. (We also made strawberry fruit leather shapes with the dehydrator.)

When it was completely dry and crumbly we put it in a glass jar with a tight lid and stored it in a paper bag, out of direct sunlight. 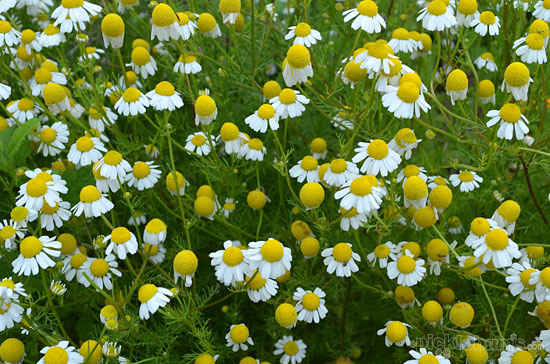 Along with a little tea pot that has a little mesh bucket do-hicky for the tea (that is the technical term for it I’m sure) our homemade chamomile tea made the perfect present for my Mum who is a tea drinking fiend.

I am not a tea drinker but the smell that came from drying the flower heads may just convince me to try some, and my Mum tells me it is the best chamomile teas she has ever had, though she may be a little biased.

Do you drink herbal tea? What is your favorite combination?

{Disclosure: I was given a Fowlers Ultimate Dehydrator to try. I am under no obligation to blog about this product. All opinions are my own.}