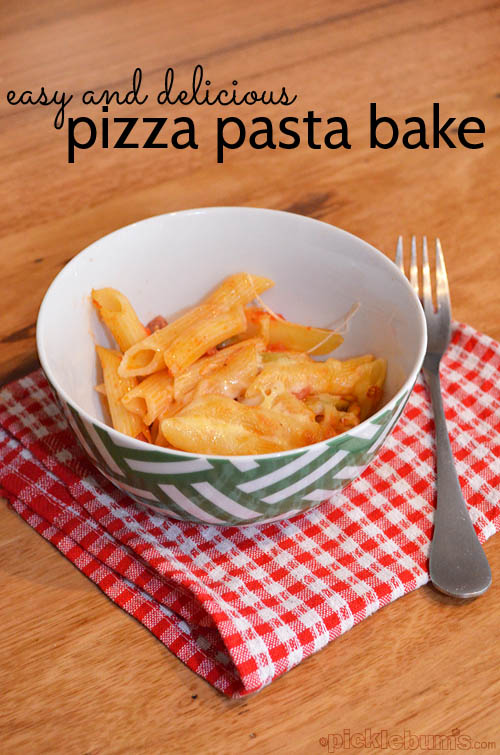 I may have lost my mind at that point… just a little bit.

I NEED TO HAVE SOMETHING OTHER THAN MEAT BALLS OR SAUSAGES FOR DINNER!!!!!!

I know I am asking for a lot, I know change is not always easy, but for the love of all things sane and healthy I need to eat something different! I get sick of cooking the same thing over and over again, I get sick of eating it, and I get sick of hearing the same complaints.

From that moment on I became obsessed. I had a mission to add two new dinner recipes to our winter rotation. Two new dinners that everyone would eat.

I trawled the interwebs, went back through all the recipes I’d pinned to my Main Meals board on pinterest, and I almost gave up. It’s hard to even come up with ideas that might, possibly, maybe, in my wildest dreams, be easy to cook, fit within our budget and be liked by all four of my stubborn kids, but I did it.

Yep, I did it. I have come up with one new recipe that is quick and easy, budget friendly, and everyone likes it!

I know, it’s amazing… and I’m sharing my secret recipe with you all here today. May you have as much success with my Pizza Pasta Bake as I have! 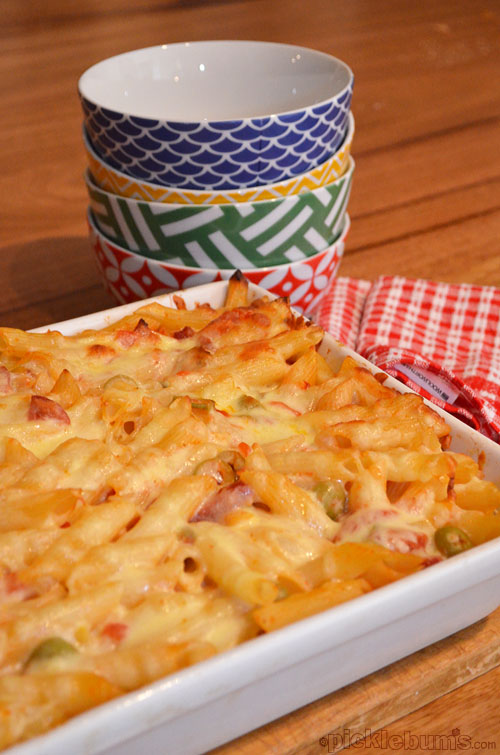 I am amazed at how much this pasta dish really does taste like pizza… it’s very odd, but good none the less. My recipe is based, very loosely, on this one from Moms With Crock Pots. I didn’t use a crock pot but you could if you wanted to.

This recipe makes enough for six hungry people with enough left over for one lunch the next day.

Of course you can also put in whatever pizza-ish ingredients you like. Personally I would swap the olives for mushrooms but I know that wouldn’t go down well with half my family so I am taking one for the team and putting up with the olives! 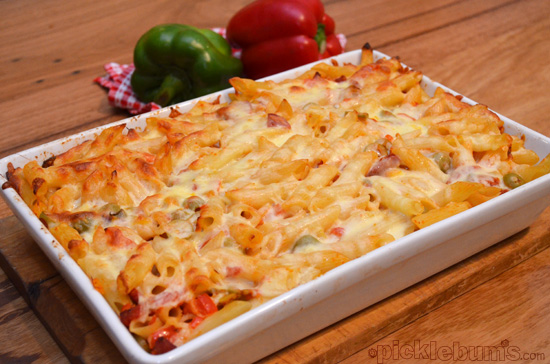 Have you attempted to add any ‘new dinners’ to your repertoire lately? Have you had any success?
I’d love to hear about your never fail, everyone will eat it, meal ideas!